Are South Africa’s drawbridges up or down? 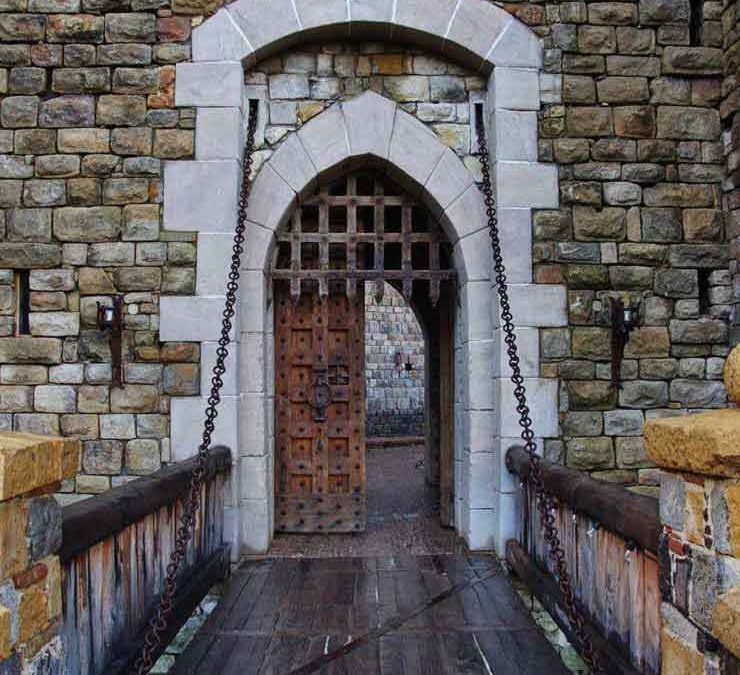 Are South Africa’s drawbridges up or down? Claire van den Heever asks the country’s premier immigration lawyer, Gary Eisenberg, for his thoughts on how open South Africa really is.

A briefing in The Economist entitled ‘Drawbridges up’ was one of two pieces in an early August edition of the magazine on geopolitical “openness”. It’s a subject that has penetrated global consciousness in a post-Brexit world that also faces a refugee crisis, along with the very real possibility of Donald Trump’s presidency. The new divide in rich countries, the article says, is not between the political left and right, but “open” versus “closed”.

On which side of this binary does South Africa stand? Is the country steadily raising its drawbridges, or is it as open for business as the president would have us believe?

During two decades in the field, immigration lawyer Gary Eisenberg has watched with dismay as South Africa emerged from an era of enforced isolation, only to re-erect the same barriers to trade and capital flows that restricted the economy pre-1994.

“Barriers to trade and foreign direct investment are not always immediately visible,” says Eisenberg, recalling the US and Japan’s somewhat strained economic relationship in the 1980s. “What the US found particularly worrying was that, while Japan ascribed to low quotas and tariffs for the purposes of trade, its bureaucratic and cultural manner of transacting business constituted barriers to the importation of US goods, services and capital.”

Today, Eisenberg detects many of these same barriers – to foreigners’ entry, imports, and the seconding of personnel accompanying foreign direct investment (FDI) – in the way that South Africa’s foreign policy manifests itself. He has become the country’s best-known expert on immigration – and something of a celebrity in an unlikely field – in the process.

This is the man who Mangosuthu Buthelezi and Cope leader Mosiuoa Lekota called on to challenge in High Court the legality and constitutionality of the government’s now infamous handling of a visa application submitted by the Dalai Lama, ahead of Archbishop Desmond Tutu’s 80th birthday party in October 2011. The government’s foot-dragging and eventual failure to process the application in time was called an “effective denial”, and the Tibetan leader-in-exile was forced to cancel his trip. For Eisenberg, the case represented a “flagrant disregard” of the constitution, and the Bill of Rights contained within it. The blatant kowtow to China would not be easily forgotten on the international stage.

While serving as Minister of Home Affairs from 1994 to 2004, Buthelezi had by his side an international constitutional expert and legal academic – the late Mario Oriani-Ambrosini, an Italian American and a member of parliament for the Inkatha Freedom Party – who, as Eisenberg saw it, always ensured that mechanisms for bureaucratic redress were responded to quickly, and “with due regard to equity and justice”. The two men’s legacy did not survive long at the Department of Home Affairs.

“The ethos of Minister Buthelezi in addressing the smallest concern within a liberalised and exacting constitutional context has never been repeated since, plunging the home affairs ministry into a chaotic bureaucratic institution which has become largely non-responsive and unhelpful, while the president flies around the world proclaiming that South Africa is open for business,” says Eisenberg.

This has become President Zuma’s “repeated mantra”, and is at least an audible signal of the country’s supposed openness at Davos and in other international economic forums, he concedes. “The international capitals of Beijing, Tehran, Havana, and Riyadh are increasingly important for South Africa as these economic relationships were revived under President Zuma”. In reality, this openness has fizzled with Zuma’s ascension.

“The concept of openness must always be accompanied by a decrease in bureaucratic red tape,” he points out. But the time lags involved in registering companies, reserving trading names, successfully changing shareholders and directors, registering with professional bodies and with SARS, and obtaining licensing assistance from governmental and parastatal bodies all weigh against any semblance of openness that the country wishes to project – as the accompanying data makes very clear.

Meanwhile, Eisenberg notes that South Africa has become “particularly uncompetitive”, attributing this to corruption at central and local governmental levels, an ineffective judicial process, widespread bureaucratic inefficiency and, as a result of this, a compromise of the rule of law in all manner of government dealings. “South Africa no longer has an effective foreign policy, and the value of foreigners penetrating the South African labour market and, indeed, taking up residence in the country has been acutely curtailed – not only in terms of foreign policy, but also in terms of the ineffectiveness of South Africa’s immigration policy and its emphasis on border security,” he says.

A July 2016 policy briefing published by the South African Institute of International Affairs (SAIIA) addresses widespread xenophobia in the country, and the resultant weakening of its foreign policy – and its Africa policy in particular.

A country’s foreign policy should reflect its own domestic policy, without which its claim to a place on the international stage rings hollow. “Before assuming a robust external identity, foreign policy doctrines ought to be localised,” writes SAIIA. Eisenberg points out that South Africa’s relationship with the world is inextricably connected to its identity as a country in Africa, but instead of promoting the African renaissance that Mbeki imagined, its inaction only thwarts it.

Traditionally, entrepreneurs – bringing with them both financial and intellectual capital – have been welcomed from abroad, but they are no longer making South Africa their destination of choice. Eisenberg has observed as difficulties in obtaining the requisite visas, along with having to deal with unprofessional – “often aggressive and ill-trained” – consular staff posted at South African missions abroad dissuade more and more would-be émigrés with desirable skills, qualifications, and capital from relocating or investing here.

A declining GDP has not helped in attracting foreign capital. “South Africa is no longer seen to possess an environment where consumer spending supports innovation and new factory capacity. The country’s labour market remains inflexible and inelastic, making it increasingly difficult for foreigners to establish labour intensive industries – and added to this is South Africa’s declining labour productivity.”

It may all sound like doom and gloom, but Eisenberg’s is a voice of reason that decision-makers in both the public and private sector ought to pay heed to. The key to restoring confidence in South Africa’s economy is a stronger focus on FDI and improved free movement into the country, he says.

“Defenders of the open world order need to make their case more forthrightly, The Economist writes in the July 30th article, ‘The new political divide’. “They must remind [citizens] how free trade and openness to foreigners enrich societies.”

SAIIA’s policy briefing criticises both civil society and government’s inability to decisively deal with “the shocking repetition of xenophobic violence over the years”, warning that government officials’ “defensive rhetoric and double-speak” is not constructive. Gigaba’s defence of the government’s ineffectiveness in handling recent xenophobic attacks is a case in point. “South Africa has problems,” Gigaba said, “but we don’t send our people to other countries.” The president himself failed to send a clear message of the government’s condemnation of the attacks in his statement to the National Assembly on 19 April 2015.

There are paradoxes within the bureaucracy, too, and submitting an application for a general work visa is one of a handful of processes that suffers from near-paralysis. Lawyers and immigration consultants can do little but observe as strenuous regulatory requirements are routinely imposed on foreigners with skills acknowledged by the government as critical, and in the national interest. “Business visa applicants (on the basis of foreign direct investments) now have to obtain the support of the Department of Trade & Industry,” Eisenberg explains. “Most of these foreigners simply give up because the process is too frustrating and laborious to make it worth their while.”

There are indications that bureaucratic foot-dragging and “inefficiency” is designed to further undisclosed agendas. Eisenberg has noted “patterns of acute discrimination in the way the department treats South Africans in relation to how it deals with the affairs of foreigners.” The same department that issues highly sophisticated ID documents to citizens within a competitive time frame is gaining a reputation for delaying business visa applications for a year or longer.

Human trafficking has become a popular scapegoat for tightened border security, and the exaggeration of human trafficking cases in South Africa constitutes scaremongering. Claims made by local media in October 2013 that 30,000 children were trafficked in South Africa annually are not supported by research. Subsequent investigations of such claims by Africa Check revealed evidence of 51 cases per year on average within the broader Southern African region.

This unfounded emphasis on human trafficking is a government-created subterfuge to justify the closing of the borders, says Eisenberg, and aims to detract from foreign and domestic policies that are clearly at odds with one another.

A June 2016 Green Paper on international immigration, published by the Department of Home Affairs, refers to the “largely static” approach to international migration reflected in a 1999 White Paper, and proposes that international migration be managed more “proactively and strategically”. Statements like these may represent willingness for real reform, but a transformation of the political leadership from inward to outward looking is an essential first step, says Eisenberg. He is quick to note, too, irony in the fact that this Green Paper – while seeking to sow an outlook in complete divergence from the status quo – is the product of the same individuals who created the status quo.

Meanwhile, the extent to which South Africa’s immigration system is working to encourage – or at least support – the assimilation of foreigners with the desired skills, qualifications, and capital can only be measured if the department publishes statistics on the number of foreigners who applied for specific visas, along with the results of such applications’ adjudication. The failure to publish these statistics raises questions about the department’s agenda in choosing not to.

Deluding the world that South Africa’s economy is more open than it is would be a dangerous game, says Eisenberg. “This noble lie raises questions about the integrity of the South African government in maintaining its role in an open, increasingly liberalised global order, while in fact aiming for the implementation of an isolationist indigenisation policy.”

Drawbridge raisers can do great harm, warns The Economist in the second of the magazine’s two recent articles on the “open” versus “closed” divide. “The consensus that trade makes the world richer; the tolerance that lets millions move in search of opportunities; the ideal that people of different hues and faiths can get along – all are under threat. A world of national fortresses will be poorer and gloomier,” it concludes. And, while the debate rages in the developed western world, the impact of South Africa’s immigration policy on the country’s future simply cannot be ignored.