Various cases we have worked on. 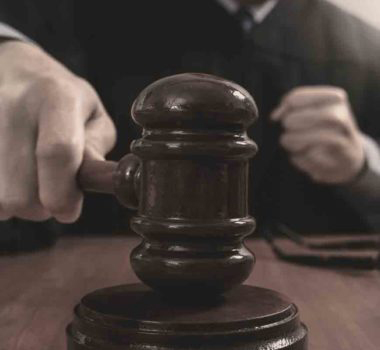 The circumstances which gave rise to this case are almost identical to those that give rise to Booysen 20 years earlier.  In terms of section 10(6)(b) of the Immigration Act, read with Immigration Regulation 9(5), which came into force on 26 May 2014, any foreigner in possession of a visitor visa or a medical treatment visa, absent exceptional circumstances, would have to

apply for a change of status in their countries of origin.

The exceptional circumstances listed in Regulation 9(9)(a) do not include spouses or children of a citizen or permanent resident and therefore if such spouse or child was in possession of a visitor visa (such as a visitor visa for tourist purposes) such individual would not be allowed to change status in South Africa.  Such spouses and children would be forced to separate in order to obtain their long-term temporary residence visas.

The applicants in this matter were two couples adversely affected by this prohibition. The foreign spouses exhausted their remedies in terms of section 8 of the Immigration Act by appealing to Ministerial level, and when those appeals were rejected, they proceeded to the High Court to have Regulation 9(9)(a) declared invalid and unconstitutional.

Although the Court accepted the ratio decidendi of the Booysen judgment, it decided that the Minister’s waiver of Regulation 9(9)(a) should suffice to satisfy the exception contemplated by section 10(6)(b). Once the Minister granted the waiver, the holder of a visitor visa should be able to apply for a “spousal” section 11(6) visa whilst in the Republic.

The Court specifically decided that section 10(6)(b) read with Regulation 9(9) does not establish an infringement of the right to human dignity, as the waiver procedure provides full protection to the foreign spouse. The Court rendered a peculiar view of the applicants case as follows:

“In my view, the applicants seek to seize an unfair advantage out of the misinterpretation by administration officials, through an extension to themselves of such undue benefits as to include their circumvention of the Act. As persons whose risks to the Republic have not been assessed, they have a provision in the Act that provides a remedy which exposes them to no prejudice whatsoever. The remedy accords with the checks and balances built into the Act and it is not inconsistent with the Constitution …”

The Court’s jaundiced view of the applicant’s challenge to the constitutionality of Immigration Regulation 9(9)(a) ran counter to the purport and spirit of all proceeding constitutional jurisprudence on the subject.

The Court dismissed the application, granting leave to the foreign applicants to submit their applications for ministerial waivers. 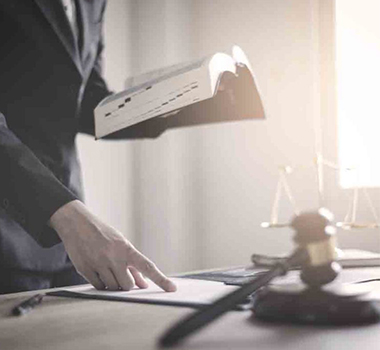 section 7 of the Immigration Act, 2002, (the Act) to the extent that the rights accorded by means of the exceptional circumstances contemplated in section 10(6)(b) of the Act are not extended to the foreign spouse or child of a citizen or permanent resident. The application is opposed by the first and second respondents.
Read more 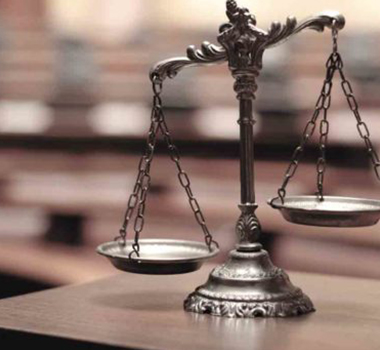 comply with the order is inconsistent with the Constitution and unlawful. In addition, an order is sought that the first and fourth applicants within one week file certain internal appeal applications, which applications are to be determined by the respondents within one month of date of the order.
Read more

This matter was triggered by an order being granted by this Court on 6 November 2011. The background was as follows: While on duty, I was contacted by Mr Gary Eisenberg, who had obtained my telephone number – correctly I might add – from the duty registrar.

Mr Eisenberg informed me that an Uzbekistan citizen, Ms Violetta Mukhamadiva had been

detained by immigration officials after arriving at Cape Town International Airport aboard a Turkish Airline flight. He further informed me that it was the intention of the officials to refuse Ms Mukhamadiva entry and to place her on a departing aircraft. This was being done in the face of a valid visa which had been issued to her in Ankara, Turkey.
Read more

The main judgment in this matter was delivered on 24 August 2010.1 A provisional order was made by this Court on its own accord directing the Minister for Justice and Constitutional Development (Minister) on the one hand, and Cape Dance Academy International (Pty) Ltd as

well as House of Rasputin Properties (Pty) Ltd (jointly referred to as the “employers”) on the other, to each pay half of the applicant’s (Ms Malachi’s) costs in this Court. 2] These parties were afforded the opportunity to make written representations on whether the proposed order was just and equitable. Representations have been made. It is time to determine whether or not the provisional order should be made final. A synopsis of the representations is necessary and follows.
Read more 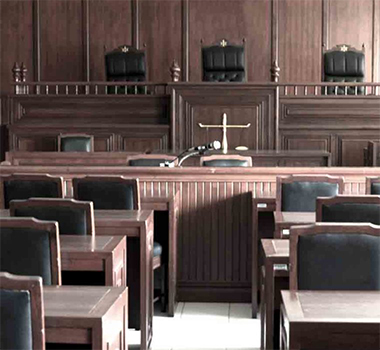 On Tuesday 24 August 2010, the Constitutional Court delivered a judgment confirming an order of constitutionality invalidity made by the Western Cape High Court, Cape Town (High Court). The High Court had declared the procedure of arrest tanquam suspectus de fuga in terms of section

30(1) and (3) (the impugned provisions) of the Magistrates’ Courts Act, 1944 unconstitutional and invalid.

The procedure empowers a magistrate to make an order for the arrest and detention of an alleged debtor at the instance of a creditor who is owed R40 or more and reasonably suspects that the debtor is about to flee the country to avoid the adjudication of the dispute.

The applicant is Tatiana Malachi, a citizen of the Republic of Moldova. She was recruited by Cape Dance Academy International (Pty) Ltd and Rasputin Properties (Pty) Ltd (the employers) from Moldova to work for them as an exotic dancer.

and Eisenberg and Associates (“Eisenberg”) under case number 1589/2004 in an urgent application in which the Minister was the respondent. The President also seeks an order setting aside and declaring invalid certain regulations published by the Minister on 8th March 2004 which were due to come into effect on 7th April 2004.

At the outset it should be stressed that the case is not concerned with the merits of the content of the regulations.

The matter was argued before me on Monday 5th and Tuesday 6th April 2004. At the hearing, Mr M Donen SC and Ms K Pillay appeared for the President, Mr D Unterhalter SC and Ms AM Annandale for the Minister, and Mr A Katz for Eisenberg.

By reason of the fact that the regulations were due to come into force and effect on 7th April 2004, the proceedings were conducted under severe constraints of time. The Court was obliged to come to a decision on the orders sought by the President not later than midnight on 6th April 2004. I am indebted to the legal representatives of the parties for the manner in which they dealt at short notice with a wide range of issues, including issues of constitutional importance.

The judgment delivered this morning relates to the powers of the Minister of Home Affairs (the Minister) to make Immigration Regulations under the Immigration Act 13 of 2002 (the Act). In the

High Court, Eisenberg & Associates had challenged the legality of regulations made by the Minister on the grounds that he had made these regulations without complying with the public notice and comment procedures prescribed by the Act. This contention was upheld by the High Court, and the regulations were declared to be invalid. The Minister appealed to the Constitutional Court against this decision. In a judgment concurred in by all the other members of the Court, Chief Justice Chaskalson upheld the appeal and set aside the declaration of invalidity that had been made by the High Court.
Read more

This is an application for a declaratory order invalidating the Immigration Regulations made by the first respondent and published in the Government Gazette No 24952 (Notice 487 of 2003) on 21 February 2003. The application was brought on an urgent basis and sought an order declaring

the said regulations to be unlawful and inconsistent with the Constitution of the Republic of South Africa, Act 108 of 1996, and hence to be invalid. In addition an order was sought requiring the first respondent, in making immigration regulations, to comply with the provisions of section 7 of the Immigration Act 13 of 2002. Finally the applicant sought an order that the first respondent bear all disbursements incurred by the applicant, including those consequent upon the employment of two counsel.
Read more

Booysen and Others v Minister of Home Affairs and Another

The applicants were foreign spouses of South African citizens who applied for work permits in terms of previous legislation, the Aliens Control Act of 1991. In terms of such Act, applications for

work permits could only be made outside of South Africa. Furthermore, such legislation provided that work permits may only be issued to spouses of South Africans if they did not or were not likely to pursue an occupation in which a significant number of persons were available in South Africa to meet the requirements of its inhabitants.

The Court held that such provision of the Aliens Control Act requiring the foreign spouse to apply for a work permit abroad significantly impaired the ability of spouses to honour their obligations to one another and constituted an unjustifiable limitation of the right to human dignity of both South Africans and their foreign spouses, and on such basis confirmed that the legislation was unconstitutional and invalid.

The Court also held that such provisions of the Act that prevented foreign spouses who were the sole or main provider for their families from fulfilling their duty of support and constituted an unjustifiable limitation of the right to human dignity of both South Africans and their foreign spouses. Such section was therefore confirmed to be unconstitutional and invalid.

The Court suspended the orders of invalidity for 12 months to allow Parliament to correct the inconsistency. Pending the enactment of such legislation or the expiry of the 12 months, the Court directed that the Department of Home Affairs was to accept any application for a work permit made within South Africa by the foreign spouse of a person who was permanently and lawfully resident in South Africa.

Pending the enactment of such legislation or the expiry of the 12 months, the Court directed that the Department of Home Affairs may not refuse to issue, or extend work permits to foreigners espoused to South African citizens of permanent residents unless good cause existed for the refusal to issue or extend such permits was established.

The fact that the foreign spouse pursued or was likely to pursue an occupation in which a sufficient number of persons are available in South Africa to meet the requirements of the inhabitants of South Africa shall not be taken into account for determining the existence of good cause.