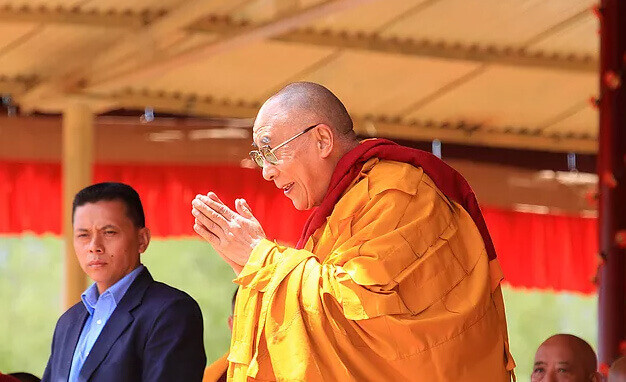 JOHANNESBURG – While the Department of International Relations and Cooperation says the Dalai Lama’s latest visa request is being subjected to due process, it’s now being reported that his camp in South Africa has been told the spiritual leader will not be granted the necessary documents.

The Dalai Lama’s representative, Nangsa Choedon, has told news agency Reuters they have received informal contact that his holiness will not get his visa.

If the report is correct, it marks the third time the Tibetan leader has been refused entry to the country in five years.

The department has however denied the rejection.

A court ruled officials had “unreasonably delayed” a decision on granting the Dalai Lama a visa in 2011, largely out of fear of angering China, now a major African trading partner and investor.

Because of the delay, the Dalai Lama was unable to attend the 80th birthday of his friend and fellow Nobel Peace Prize laureate Archbishop Emeritus Desmond Tutu in Cape Town in October 2011. The previous visa denial, in 2009, was also for a peace conference.

“Unfortunately, processing in terms of the immigration act was not followed the last time or the first time and I don’t think it will be followed this time at all.”

The Dalai Lama, who lives in exile in India and is at loggerheads with Beijing over Tibet, had been hoping to attend a meeting of Nobel peace laureates in Cape Town next month.

The visa denial is likely to fuel speculation about Beijing’s sway over Pretoria.

“We have informally received contact His Holiness won’t get his visa application,” Choedon told Reuters.

The South African foreign ministry confirmed that its High Commission in New Delhi had received the Dalai Lama’s visa application but denied it had been rejected, saying it was being subjected to “normal due process”.

“The relevant authorities will communicate with the applicant thereafter,” spokesman Clayson Monyela said.

“We remain hopeful that the national government will grant the visa in order to spare South Africa the international humiliation of failing to do so,” said Cape Town mayor Patricia de Lille, who is organising next month’s conference.

(This article was published on EWN.co.za)