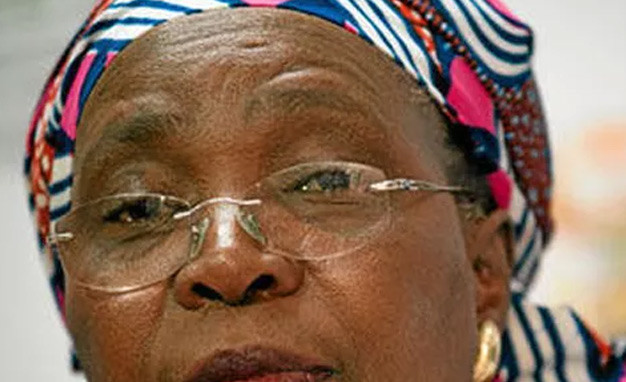 Dear Minister Nkosazana Dlamini-Zuma. Congratulations on successfully receiving the first unqualified audit for your department in 16 years and on being awarded an “A” by the Mail & Guardian for 2011.

Your achievements have been recognised and publicly acclaimed, but your record of achievement in terms of a coherent immigration policy for South Africa earns you neither praise nor prize.

​Although you have commendably sought to transform your department into a corruption-free public administration, it is of concern that, through negligence, you have also paralysed our immigration law into a carapace blind to the rule of law.

You have chosen, for reasons best known to yourself, to encourage within your ranks a flow of decision-making from unqualified personnel that is detrimental to the rule of law and our Constitution.

Your introduction of cadres such as Patric Tariq Mellet, a former bomb-maker by his own account, to important immigration management positions (he heads immigration services in the Western Cape) is dangerous to our democracy. Mellet’s antipathy to the legal process has angered our courts too often for comfort. In the words of a high court judge: “Mellet looms large in these proceedings.”

When Judge Dennis Davis handed down his judgment (case number 22621/11) against your department in November, he berated the contemptuous attitude displayed by Mellet and his immigration officials in relation to due process.

For a high court judge to find it necessary to issue Mellet with a two-month ultimatum to provide a report about “what procedures are adopted by his officials when a court order is issued” as well as “a plan that has been adopted or will be adopted to educate immigration officials to comply with the constitutional requirements of this country” should surely make you hear loud alarm bells? (By the way, the deadline for presenting the completed report was January 21, so it will be telling to note whether it was respectfully delivered to the judge on time.)

Your model of centralising decision-making regarding all temporary-residence permit applications made in South Africa is an unmitigated disaster that has devastating consequences for the fiscus, skills development and foreign direct investment.

Whereas a South African citizen may obtain a passport within days, a foreigner is fortunate to receive a permit within a year. How on earth does this encourage diplomacy, foreign investment and local job creation?

Madam Minister, centralisation models of governance are a failure in the best of circumstances, especially if those at the top are incapable of thinking judiciously or at all and the administrative apparatus is overwhelmed. Why have you sought to reinvent the wheel of failure?

But most of all, Madam, you told a blatant lie in Parliament last June in response to the questions posed to you by Annette Lovemore, the Democratic Alliance’s home affairs spokesperson. You stated that the centralisation of decision-making had no adverse impact on permit service delivery, that permits were granted within 30 days of the submission of an application and no backlogs existed.

Nothing could be further from the truth, giving rise to strenuous litigation in the high courts over hundreds, or cumulatively, more than thousands of delayed applications, many of them simply lost in the home affairs machine without explanation or apology.

No minister in a modern constitutional democracy in the world could possibly survive so brazen a lie and yet no eyebrow has been raised, in spite of the judge’s observation that the department of home affairs’s performance could “only be described as administrative bungling”.

You have, unfortunately, taken a rather jaundiced view of the concept of legal representation and one can only assume that you are being fed misinformation about the real state of affairs in immigration services in your department.

You have dangerously confused the concept of legal representation with a threat to the integrity of your department. You have misunderstood the role of lawyers in a country ruled by the law and have made an error by suggesting to foreigners that they are better off without legal representation.

Your disposition on legal representation, coupled with your department’s lack of responsiveness, arbitrary arrests, deportations and mistreatment of asylum seekers, has enormous negative ramifications on South Africa’s constitutional development.

With this continued contempt for highly trained legal professionals, your department will continue to lose alignment with our Constitution and foreigners will quickly lose interest in investing in our country and its diverse peoples.

Letting the moral high ground slip from under you is unfortunate and not something either you or your department should simply dismiss with the same bare denials that have become your public relations hallmark.

You should rather be encouraged to respond to the words of judges because, without the judiciary, our constitutional Bill of Rights will dissipate into a mist of departmental autocracy.