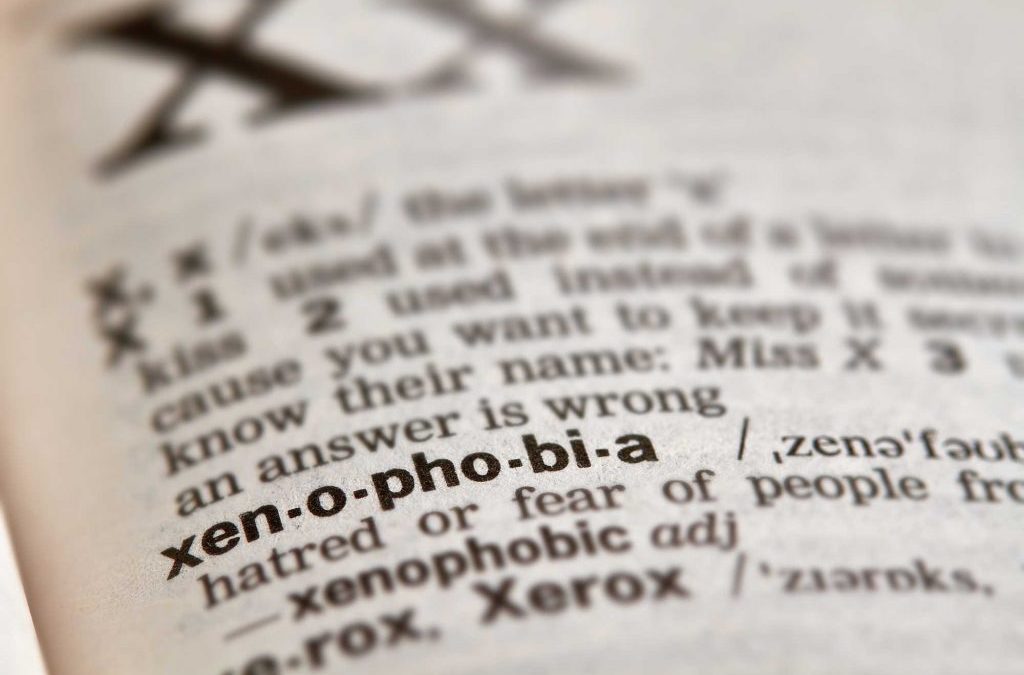 Is South Africa facing an institutionalized xenophobia problem? This is a question that has been asked by Gary Eisenberg, Immigration Lawyer at Eisenberg & Associates, who strongly believes that South Africa has worryingly moved towards international isolationism shaped by an inherent antipathy towards foreigners.

It’s not a statement made lightly. Eisenberg believes that a large part of the momentum that has driven the agenda by the Department of Home Affairs (DHA) to introduce stringent immigration legislation has been the alleged rise in human trafficking in the country. “While human trafficking is a serious problem, both locally and internationally, the figures that have been quoted over the years, which have been used as a justification for the incredibly restrictive immigration reforms, are exaggerated and completely unreliable.”

Human trafficking came under the spotlight in South Africa in the build up to the 2010 World Cup – ultimately culminating in the signing of the Prevention and Combating of Trafficking in Persons Bill by President Jacob Zuma in July 2013. At the time, there were countless reports, most notably by the Freedom Climb project and the Salvation Army, who indicated that there were approximately 30 000 to 45 000 children human trafficked and used for prostitution. However, these claims were debunked by Africa Check and Missing Children SA – with Missing Children SA only reporting 304 missing children and 256 cases of missing adults in 2012. Only 2% of these cases were as a result of human trafficking.

Eisenberg says that the problem with the inaccurate figures reported at the time, was that these have been used to justify the incoherent and closed immigration policies that have come into place over the past few years.

The former Director-General of the DHA, Mavuso Msimang, and once personal secretary to Oliver Tambo with impeccable ANC credentials, recently commented that Home Affairs Minister Malusi Gigaba and the DHA have “pursued an immigration reform strategy that purports to protect children from trafficking and a nation from forces that threaten National Security. They have done this with arrogant, asinine, consistency…”

Eisenberg explains that in 2009 then Home Affairs Minister Nskosasana Dlamini Zuma initiated a campaign to eradicate strip clubs on the premise that such industry was responsible for human trafficking. “In doing so, she deployed cadres as her hatchet men to wage this campaign as a military one. The problem with that strategy was that very few cases, if any, of human trafficking were ever identified from these endeavours. But, the myth persisted that immigration policy had to address these dire realities, by hook or by crook.”

He says that manifestations of these original pre-occupations are clearly visible in South Africa’s current immigration rules. “In retrospect, it appears that Dlamini-Zuma’s initiatives shifted what should have been the emphasis on eradicating xenophobia, corruption and the lack of education within the ranks of the DHA, to a policy which laid the blame for a closed border policy on the false idea that South Africa’s national security was being threatened by dangerous foreign forces and that a human trafficking scourge required immediate action.”

Eisenberg says that radical amendments to the Immigration Act in May 2014 created unprecedented bureaucratic barriers to the inflow of migrants, the very people government declares it is targeting.

Minister Gigaba’s Green Paper on International Migration in South Africa, published on 21 June 2016, is underpinned by the major thesis “that international migration in general is beneficial if it is managed in a way that is efficient, secure and respectful of human rights.” However, the Green Paper is highly critical on the international migration policy introduced in the 1999 White Paper. Eisenberg says the Green Paper’s critical disposition is absurd given the fact that President Zuma’s Cabinet has exercised oversight over South Africa’s immigration policy since 2009, more than enough time to have transformed our immigration system into a more effective one years ago.

The negative attitudes of South Africans towards non-citizens, migrants and refugees have been documented in several recent studies. Xenophobia has commonly been recognized as a major problem and steps have been taken by the South African Human Rights Commission to “roll back xenophobia.” Since anti-immigrant intolerance is a global phenomenon, should South Africans be singled out in this regard?

Eisenberg believes so. He says that, in practical policy terms, the purported xenophobic attitude of the DHA undermines the growth of South Africa on all fronts – socially, politically and economically.

He points out that that South Africa’s draconian immigration reforms are ultimately closing the country off to the rest of the world. South Africa plays a crucial role in the development of the African continent, especially in the South African Development Community (SADC). “But, unless the Department of Home Affairs starts to recognise the destructive policies that it has put in place, our country (and the rest of Africa) will start to suffer. In addition, our relevance as part of the BRICS community will also come into question.”

There are legitimate concerns that South Africa’s moral capital and stature are fast depreciating because of apparent missteps and strategic blunders in the conduct of South Africa’s foreign and migration policies, especially on President Zuma’s watch.

On the one hand, some of South Africa’s missteps in foreign policy include the on-going Dalai Lama visa debacles, the misguided and divisive campaign to win the chair of the AU’s Commission, and the tragic military misadventure in the Central African Republic[1].

On the other hand, Eisenberg says that the major challenges with the country’s immigration policies, especially the slow pace with which the Department of Home Affairs processes the applications of skilled foreigners, the porous borders, as well as the inhumane way by which detained undocumented migrants are treated, seem to be fuelling myths and misconceptions about foreign nationals.

In a National Immigration Policy Survey (NIPS) conducted, it found that citizens across the region consistently tend to exaggerate the numbers of non-citizens in their countries, to view the migration of people within the region as a “problem” rather than an opportunity, and to scapegoat non-citizens. The intensity of these feelings varies significantly from country to country. The harshest sentiments are expressed by the citizens of South Africa, Namibia and, to a lesser extent, Botswana.
Eisenberg says that South Africa’s current immigration system attempts to protect the labour market from immigrants on the assumption that foreigners are a threat to it. “This protectionism is the product of South Africa’s political machinations, not empirical research. The overwhelming conclusion of current research confirms that immigrants do not crowd out domestic employment opportunities but add to employment. Moreover, immigration increases total factor productivity significantly.”

Eisenberg adds that to turn the tide on these negative perceptions and create investor-friendly immigration policies that promote the flow of skilled workers into the country is an imperative. “Since such policies are inevitable if countries are to be and remain globally competitive, it is important that policy and opinion makers begin to build a broad public consensus on this issue.”