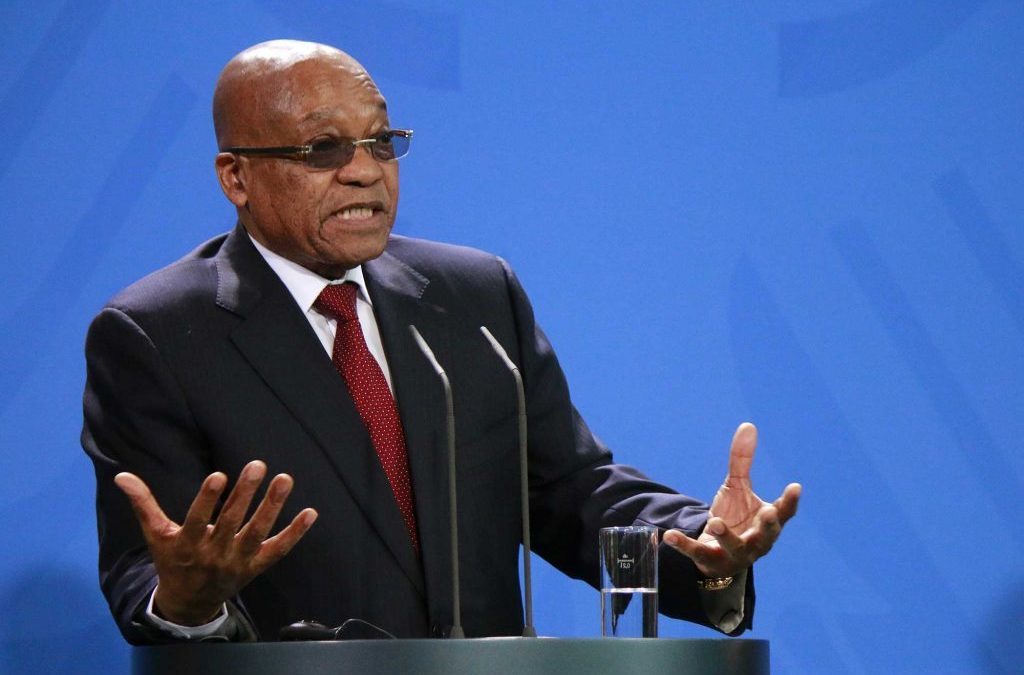 In April this year in his address to the S.A. – Iranian Business Forum in Tehran, South African President Jacob Zuma stated that the country was open for business. The same concept formed an integral part for the State of the Nation address he delivered in parliament in Cape Town on the 11th February 2016. In his speech he said that the country remains an attractive investment destination. He also pressed that it was imperative to continue to market the country as a preferred destination for investments. In fact that South Africa is a prime investment destination and open for business has been the President’s mantra since he started his term.

Despite the strong message, the question that remains is whether or not South Africa is really open for business? The level of openness, particularly for Foreign Direct Investment (FDI) into our country, needs to be seriously evaluated.

This is according to Gary Eisenberg, Immigration Lawyer at Eisenberg & Associates, who says that South Africa is at a tipping point. “Besides the question of South Africa’s state of limbo with international rating agencies, it is doing absolutely nothing in practical terms to attract foreign direct investment.”

Addressing the challenges of making SA open for business, President Jacob Zuma said earlier this year that this requires a common narrative from all of us as business, labour and government. “Government is developing a One Stop Shop/Invest SA initiative to signal that South Africa is truly open for business. We will fast-track the implementation of this service, in partnership with the private sector. Such an initiative requires that government removes the red tape and reviews any legislative and regulatory blockages,” said President Zuma.

In order for this to become a reality, rather than just politicking, a review of South Africa’s immigration policy is imperative, explains Eisenberg.

Eisenberg says that South African’s low economic growth is partly reflected by the lack of an immigration policy. “At a recent address at the Cape Town Press Club, it was clear that the Minister of Home Affairs, Malusi Gigaba, was silent on immigration policy that recognises the essential importance of foreigners and their contribution to making South Africa a better and more competitive country.”

Professor Ian Goldin, once the managing director of the Development Bank of Southern Africa and now professor of Globalisation at Oxford University, concludes that the diversity that foreigners brings to an economy serves as a catalyst that spurs creativity and performance, in business, academia, medicine, science, politics, food, culture, entertainment and sports. In writing for the World Economic Forum, Professor Goldin said that “migration has always been one of the most important drivers of human progress and dynamism…and in the age of globalisation, barriers to migration pose a threat to economic growth and sustainability.”

Eisenberg & Associates recently conducted a poll on Facebook, asking respondents whether South Africa really was open for business. According to Eisenberg, the results and perceptions revealed were unsurprising.

With more than 9000 online engagements, the Eisenberg and Associates Facebook poll indicated that there was a strong perception that the South African government was not open for business and that the respondents believed that the country was undergoing either a form of state capture, or an increased level of cronyism.

In a report published by the African Development Bank (AFDB) on visa openness on the continent – which focused on advocating free movement of labour, capital, goods and services to promote economic development, it found that African citizens need visas to travel to more than half (55%) of the continent’s countries.

Of the 20 most “visa-open” countries, 75% are in either East or West Africa. None are in Central Africa while the Seychelles leads the way, with visa-free access for all nationalities. Western Sahara is the least open, requiring all visitors from African countries to acquire a visa prior to departure.

Eisenberg points out that the AFDB report ranks the Southern African region was one of the lowest for free movement across borders. “Based on the results, the region only ranked with a 51% rating on the AFDB barometer. Perceived support was even lower, with only 32%.”

The OECD’s restrictiveness index, which measures how open a country is to FDI, places South Africa as one of the most open jurisdictions for FDI in the world. Despite the global economic instability that emerged since 2007, South Africa still managed to attract 24% of FDI projects to the African continent. FDI accounts for 42% of GDP in South Africa at present.

Eisenberg says that overall confidence in the economy is dropping (both from a consumer and business perspective) – as is reported by the OECD. “However, this can be countered with a stronger focus on FDI and improved free movement into the country.

Eisenberg says that radical amendments to the Immigration Act in May 2014 have created unprecedented bureaucratic barriers to the inflow of migrants, the very people government declares it is targeting. “Last year some 51% of all temporary and permanent residence applications submitted in South Africa were denied, mostly for reasons which are nonsensical.”

Rather than simply painting a picture of doom and gloom, Eisenberg firmly believes that with improved regulations and immigration processes, the South African economy can only benefit.

“A mind shift in the way South Africa views foreigners is essential. By introducing a strong immigration policy that recognises the value that foreigners can provide to our economy can only better our country,” concludes Eisenberg.