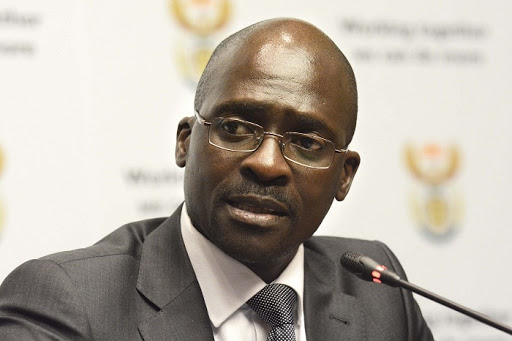 In a recent article, How South Africa is Becoming a Closed Society, I decried the endemic, chaotic, inefficiency at the Department of Home Affairs (DHA). I warned that bureaucratic barriers to the inflow of foreigners are threatening South Africa’s viability as a destination for foreign direct investment and talent. I accused Minister of Home Affairs, Malusi Gigaba, of neglecting to pay sufficient attention to the role of foreigners in the economy, and called our foreign policy “inward-looking”. I stand firmly by each of these views and, for as long as the DHA continues to needlessly thwart immigration, I am obligated to defend them.

But praise must be given where praise is due, and Gigaba deserves constructive criticism for what he has accomplished and for the trajectory he has plotted for himself. Without a contextualised view of the minister’s attributes and shortcomings – and an increase in civil society’s support of him – he cannot succeed in his mission of revolutionising South Africa’s immigration policy.

Gigaba is a responsive minister. He is responsive to his party, as he is responsive to cabinet policy, to the extent of defending the President against all odds. But he is also judged by his ability to transform the DHA into an efficient bureaucratic machine intelligently embracing the contributions of foreigners to South Africa’s national interests. There are signs that Gigaba is bridging the DHA’s service deficit, but not speedily enough. There is a grave difference between the flash of appearances and of meaningful action, and with Gigaba there is simply too much emphasis on appearances. Talking about appearances, Gigaba’s spokesperson, Mayihlome Tshwete – appointed during his 2010-2014 tenure as Minister of Public Enterprises – does not sufficiently embody or reflect Gigaba’s persona.

Tshwete has enormous potential, but he also has big shoes to fill. Son of the late Steve Tshwete (ANC stalwart and former Safety and Security Minister) and Pam Tshwete (who holds various senior positions within the ANC as a member of the National Executive Committee), Twshete’s tertiary education was of personal importance to Nelson Mandela who, to some extent, took his comrade’s son under his wing after Steve Tshwete’s death in 2002.

Tshwete – who recently became the South African face of Rémy Martin – appears largely comfortable in the aristocratic stratum in which he was born. He is comfortable, too, in an intellectual capacity, and has had sharp-witted commentaries published in mainstream media. But noble pedigree requires astuteness in serving the public’s needs. Nonblesse oblige; nobility is not without obligations.

Tshwete has an enviable role model in Gigaba. The minister is well-seasoned, and has the courage of his convictions. He was the longest-serving ANC Youth League (ANCYL) president, but he did not hesitate in chastising its leadership – labelling them anarchists – when they called for widespread nationalisation of the state’s resources in 2011. Nor did he waver in his condemnation of the homophobic American pastor Steven Anderson’s hate speech towards the LGBTI community, exercising his right to deny him a visa, despite the fact that homosexuality is shunned within the norms of traditional Zulu culture.

This created an image of a minister who was prepared to go out on a limb and to be seen as both culturally and politically supportive in a sphere where traditional African culture is not. Any minister who takes such a risk falls within the ranks of the avant-garde, and must be praised.

The ANC has, in fact, become a party of dictatorship, but Gigaba has created his own brand of intellectual leadership. His political prowess was recognised in 2012 when he was first put forward for one of the top six positions in government. In the wake of the ANC’s disappointing election results this year, some have hailed him as one of several future leaders who have the potential to rejuvenate the party.

Gigaba has received praise for his implementation of immigration amnesties for Zimbabwean and Lesotho nationals living in South Africa. Although laudable from a number of perspectives, including security and humanitarian, Gigaba’s introduction of such limited and origin specific amnesties reflects a political ulterior motive rather than a cogent use of the amnesty process. Gigaba must implement an amnesty for all foreigners living in South Africa in contravention of the Immigration Act because if security needs of the State and use of State resources are of paramount importance to immigration policy then there exists no other alternative.

Gigaba’s creation of the Mkhaya Migrants Awards, introduced after the wave of xenophobic violence in South Africa in April 2015 is also of significance. But this is insufficient to vindicate the DHA’s gross continuing violation of the rights of foreigners and loss of credibility in the processing and adjudication of immigration and citizenship applications. Political placation is a myopic approach to problem solving. Gigaba must continue to act with a commitment to lasting solutions, especially the eradication of xenophobia both within and outside the ranks of the DHA, transforming the theoretical concept of Ubuntu into a constitutionally compliant approach to immigration policy.

June 2016 saw Gigaba’s welcome publication of a green paper on international migration, on which he has invited public comment. Gigaba was appointed Home Affairs Minister on 26 May 2014, the very day the last amendments to the Immigration Act come into effect. Gigaba has had two years to measure the extent of failure of the current immigration regime, a period of haemorrhage too protracted to be vindicated by a green paper. By scanning the daily media a few months into the new legislation he could have observed the failure and acted more swiftly to stem the tide. The green paper is an ex-gratia effort to placate not an effective exercise of regime change.

Civil society needs to fulfil its own mandate by encouraging and empowering the minister. Legislation itself never empowers. If that were so, we would be living under a de facto dictatorship.

In Minister Buthelezi’s era, Section 7 of the Immigration Act paid full heed to Section 195(1)(e) of our Constitution, by embracing the full inclusion of the public in regulation-making. When the Immigration Act was amended for the first time after Buthelezi’s departure on 1 July 2005, section 7 was purposefully repealed to exclude civil society from the process. The de-democratisation of immigration regulation in this way vested the Minister with autocratic powers of law-making without public or parliamentary oversight. The oversight role designed to be played by the Immigration Advisory Board, made up of ministerial appointees, is ineffectual, its use having been completely neutralised in the making of the current immigration regulations.

Gigaba engages with the public on specific issues. He must now grab an historic opportunity to amend the Act to bring section 7 back into the hands of the people, an ethos his communist party credentials naturally propagates. Section 195(1)(e) of our Constitution behoves him to do so. Lip service to democratic ideals is evil when those ideals are in easy reach, but are never fully embraced.

At the grassroots level, the minister must become more vigilant as to what the bureaucracy within DHA is doing. The series of “surprise visits” to various Home Affairs offices with the purpose of improving service delivery – publicised on Mr. Gigaba’s social media platforms of choice – are a step in the right direction, but of course they have nothing whatsoever to service provision to foreigners. Foreigners are not served at the DHA offices. The Minister has created a buffer between himself and foreigners since every type of application contemplated by legislation must be submitted through VFS, a private company, not at DHA offices. The Minister has never undertaken a review of DHA visa, permit and exemption application adjudication. If he did, he will quickly learn that foreigners are punished every day by incompetent decision-making and delays. The Minister may also wish to learn that xenophobia is also measured by the attitudes and behaviour of DHA officials adjudicating the immigration applications of foreigners.

We need to have a great deal of faith in Gigaba because his vision takes him and us all into the future. But in doing so, he must recognise South Africa’s decreasing competiveness in global terms, and must act quickly to reconnect this country to the international marketplace of ideas, entrepreneurship, FDI flows, and skills. The destruction of that bridge is as corrupt as bribe taking, and this is something that Gigaba cannot blind himself to.

South Africa’s foreign consular offices must be overhauled to act as showcases for the country, and not as seats of antagonism and xenophobia. Some of our most important consulates abroad, including Moscow, Berlin, and The Hague have devastated the very concept of a South Africa “open for business”, a country committed to the rule of law. In this vein, only Gigaba has the political guts to transform these missions into compliant exemplars of the South African spirit and should wait no longer in doing so.

Gigaba has the experience, the intellect, and the passion to be the change agent to lead South Africa into the 22nd century of immigration policy making. Time will tell whether he – and protégés such as Tshwete – will fulfill these burdensome obligations with the finesse and style which characterises him.