President Trump: the economic agenda and the impact on emerging markets 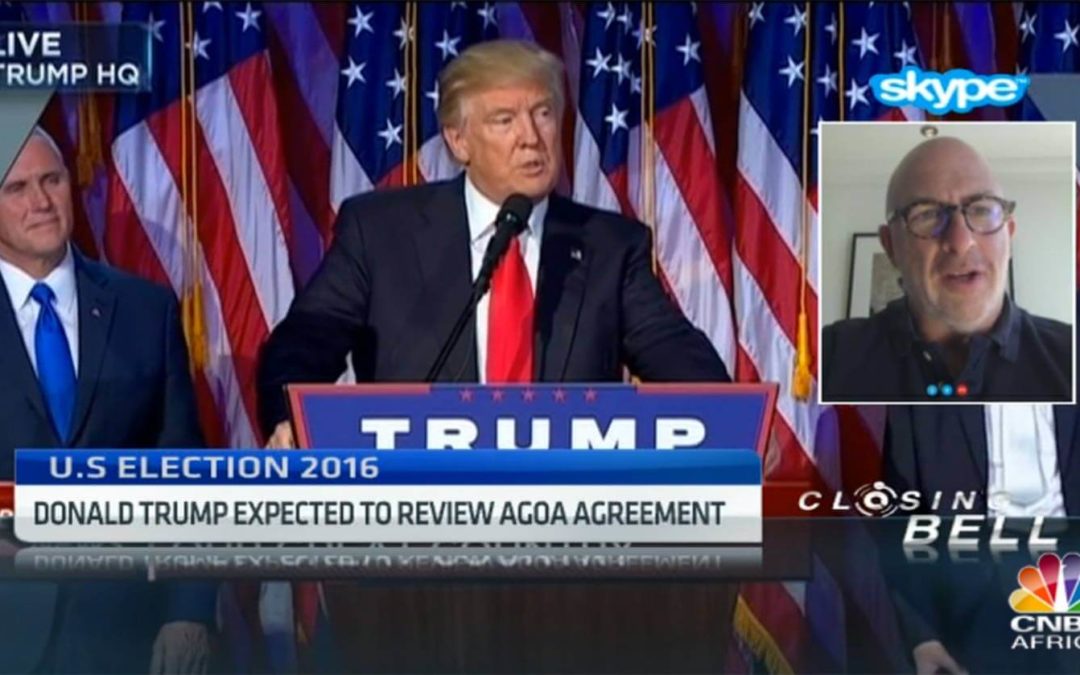 As the world witnesses the election of Donald Trump as the 45th President of the United States, South Africa and the African continent begin assessing the implications this presidency will have on economic, investment and migration between the two continents.

Donald Trump’s views on immigration and closing borders, to the extent of “erecting barriers” have been an integral part of his campaign and throughout his candidacy. Trump has a clear preference for an isolationist US immigration policy. The “fortress state” is an ideological direction that South African government has already taken says Gary Eisenberg, leading South African immigration attorney of Eisenberg & Associates. This is an interesting time, says Eisenberg, to see in light of these policies, how the equalization of migration between South Africa and the United States will work.

Eisenberg adds that the liberalisation of financial support, particularly with reference to American investment currently channelled to sponsor NGO’s and certain programs that belong to the so-called “opposition” in South Africa, constituting healthy checks and balances against the abuse of power in this country might well be in danger as the Trump administration will likely endeavour to re-channel these financial flows internally in the United States.

In 2015 the African Growth and Opportunity Act (AGOA) had just been extended for a further 10 years, till 2025. The current value implication in terms of South African exports is of well over US$4 billion a year. Trump’s conservative views on trade liberalisation and the subsidization of trade with developing economies, including South Africa, will necessitate negotiators to gear up for upcoming reviews of existing and new trade arrangements in light of the new presidency and its policies, says Eisenberg.