A parallel, shadow regime has hijacked control of SA’s borders 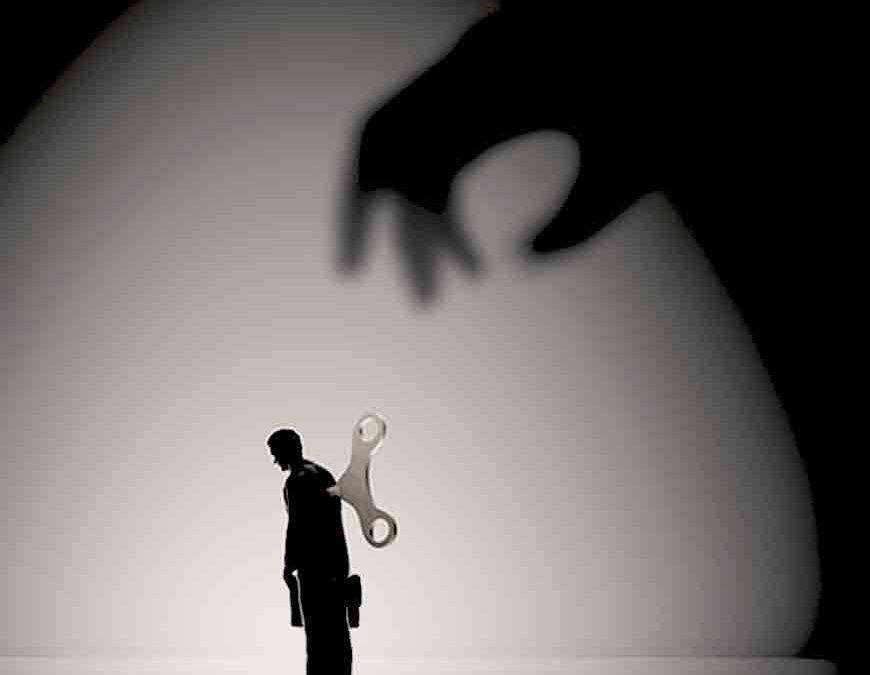 Malusi Gigaba’s Border Management Authority Bill would be a silent coup, seizing powers from other departments for the use of top home affairs managers.

by Gary Eisenberg (extended version of the opinion piece originally published on Sunday Times 20 May 2018).

Contrary to common belief, South Africa’s borders constitute the most valuable of all state assets on the country’s balance sheet. Their capture is tantamount to the control of South Africa’s sovereignty.

All immigration systems aim to protect the physical and legal parameters that define a country’s sovereignty. In South Africa’s case, the extent to which our borders are modulated to enable the influx of foreigners is controlled by our Department of Home Affairs (DHA), with an executive authority vested in the Minister of Home Affairs – Malusi Gigaba. It is increasingly clear that the DHA’s managerial “complex” – which might be said to extend from the Minister to an established group, including Director-General Mkuseli Apleni, Deputy DG Jackson McKay, and the Chief Directors of its directorates, such as the immigration inspectorate, counter corruption and legal services – does not operate solely within the ordinary legislative and constitutional framework. It appears to operate also in a parallel, shadow decision-making realm.

The DHA complex has captured South Africa’s borders in a quiet coup that has thus far escaped the scrutiny of the public protector and the keenest observers.

The competition for control of our borders was ultimately wrested by the DHA from over 18 state departments and parastatals, including SARS, by Gigaba’s championing of the Border Management Authority (BMA) bill. When the BMA bill was debated in parliament in May 2017, Democratic Alliance Shadow Minister for Home Affairs, Haniff Hoosen, called it “one of the worst pieces of legislation that has come before the House”, and an attempt to create yet another entity that can be captured by the greedy and corrupt in power.

The DHA’s legislative mandate currently gives it responsibility for little more than passport control at ports of entry. Should the BMA bill be passed by the National Council of Provinces later this year, it will place a monopolistic control of all border-related matters – including defence, policing, customs revenue collections and VAT rebates, and the movement of all goods and the 40 million people entering and exiting the country – in the hands of Home Affairs.

Gigaba is a member of the elite that has made South Africa’s shadow state possible. He is a key player in “a coherent multi-pronged strategy to centralise control of rent-seeking by an increasingly confident power elite”, as the Public Affairs Research Institute (PARI) May 2017 report, Betrayal of the Promise: How South Africa is Being Stolen, elucidated it.

Alongside the growth of a shadow state within the constitutional democratic structure, a second tier of our borders’ modulation has taken place, outside of the mundane implementation of immigration legislation. This has been achieved by the DHA complex and its “fixers” and “enforcers” embedded within the Home Affairs bureaucracy.

While various Home Affairs ministers – including Nkosazana Dlamini- Zuma and Gigaba – have been publically (and loudly) preoccupied with the eradication of corruption from the ranks of the DHA and civil society, this was nothing but a ruse to divert attention from the creation of a shadow decision-making authority within the DHA. The extraordinary stagnancy with which Home Affairs management pursue corruption cases brought to their attention reveals that this is nothing more than a veiled reluctance to actualise its “zero-tolerance” policy.

The first phase of the capture of South Africa’s borders and its immigration system began with then Home Affairs Minister Dlamini-Zuma’s deployment of cadres as enforcers of a restrictive immigration policy narrative. In 2010, with the centralisation of decision-making on all immigration and citizenship applications, a new approach to immigration control was predicated on the fabricated scourge of human trafficking. This phase morphed into legislation with the enactment of stringent immigration legislation in 2014, effectively closing our borders to foreigners.

The patterns of gross inefficiency and administrative bungling in Home Affairs’ handling of citizenship and immigration applications is inextricable from the “designed chaos” that has been widely observed in this country. Compliant applications are frequently rejected; appeals and ministerial exemption applications are stymied by red tape to the extent that corruption often seems the only remedy for those desperate enough. Secretary-General of the South African Council of Churches, Bishop Malusi Mpumlwana – in his report on the May 2017 ‘Unburdening Panel’ hearings – cautioned that what appears to be chaos and instability in government “may well be a systemic design of the madness that ills our political environment – a chaotic design.” Likewise, investigative journalist Richard Poplak observes: “The political sewerage never stops flowing long enough for us to grasp complexity, a situation that should never be confused with commonplace chaos. The mess has been carefully curated: the intention is to disassemble the administrative state, and replace it with a perfectly calibrated extraction machine.” The system of immigration administration in South Africa now predicates itself on a dangerous duality of standards of administrative justice while the DHA complex remains firmly entrenched. This complex has artificially manipulated policies, procedures and access to efficient decision-making for purposes other than preserving the integrity of the legislative apparatus.

The closure of the borders to everyone creates an opportunity to modulate their opening to those willing to pay a higher price.

One such example is the politically preferential treatment granted to a senior member of the Popular Front for the Liberation of Palestine, Leila Khaled, who was invited to South Africa in February 2015 by the anti-Israel Boycott Divestment and Sanctions campaign to participate in a road show. Khaled is clearly a ‘prohibited’ person in terms of our immigration legislation: she belongs to an organisation that furthers its objectives through crime, including the hijacking of planes.

Gigaba himself went to the airport as part of her welcoming committee. The only way that Khaled could have lawfully entered South Africa was for her prohibition to be lifted by the DG with ‘good cause’. By all accounts, this was not done, and her entry was facilitated by the DHA complex without any public explanation. Gigaba’s role in facilitating Khaled’s entry outside the scope of the normal legislative constraints cannot be gainsaid.

Later that year, in June 2015, and against a court order, Sudanese President Omar al-Bashir escaped an international arrest warrant by departing the country through Waterkloof Airforce Base with Apleni and Gigaba’s full knowledge. Apleni conceded in court papers that, among the batch of passports belonging to the delegation that left Waterkloof, al-Bashir’s was not examined by immigration officers. This is an indisputable case of political rent-seeking at the behest of the executive authority, with the full co-operation of a willing complex of officials.

At a recently televised press conference, Gigaba – while sitting beside Apleni – explained that Atul Gupta had successfully appealed his citizenship application rejection. While this may have satisfied the public, the truth is that South Africa’s citizenship legislation provides no appeals process. Whether Gigaba was purposefully misinformed or he lied, his eagerness to dispel any further intrigue in the matter was evident. Denying ordinary citizenship applicants the possibility of a review benchmarks the Gupta citizenship ‘appeal’ as a primary example of decision-making by the shadow DHA complex.

This complex is supported by rank and file officials planted in positions of influence and practical usefulness. Gideon Christians, First Secretary of Consular Affairs in New Delhi – where most of the Gupta-related visas applications were received – recently had charges of corruption and fraud laid against him (along with Gigaba, and Gupta businessmen Rajesh ‘Tony’ Gupta, and Ashu Chawla) by the non-profit Organisation Undoing Tax Abuse (OUTA), which aims to challenge corruption.

The organisation’s Head of Legal Affairs Stephanie Fick said in her affidavit: “The apparent close relationship between Christians, Gigaba, Chawla and Tony Gupta should be investigated as it appears from the evidence above that Chawla and Tony Gupta didn’t have to follow prescribed procedure and received preferential treatment from government officials.”

Evidence published by GuptaLeaks includes emails showing that senior Gupta employee Chawla asked a second DHA operative, Major Kobese – the co-ordinator of foreign consular missions at the DHA Head Office in Pretoria – and other officials to exercise lenience in processing and expediting visas for the benefit of Gupta businesses or family members. Christians’ deployment to New Delhi was, in Kobese’s words, “outside the normal recruitment process.”

If this is the benchmark for administrative justice in South Africa, then how can ordinary people – including foreigners subject to the Immigration Act – be held to a completely different standard of legality? How can a regime of law exist with integrity when access to administrative justice (in terms of Section 33 and Section 195(1) of the Constitution) is only possible through a shadow decision-making authority which exists outside of the rule of law?

This principle cannot be more poignantly articulated than in the celebrated words of US Supreme Court Justice Brandeis:

“In a government of laws, existence of the government will be imperilled if it fails to observe the law scrupulously… Government is the potent, omnipresent teacher. For good or for ill, it teaches the whole people by its example… If the government becomes a lawbreaker, it breeds contempt for the law; it invites every man to become a law unto himself; it invites anarchy.”

Gary Eisenberg is the founding attorney of Eisenberg & Associates and is the recognised Best South African Immigration law expert by his peers (Best Lawyers).