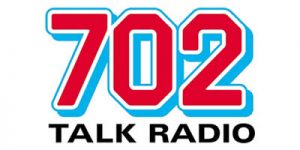 Gary Eisenberg as interviewed on 702

Listen to the full interview here

Home Affairs Minister Malusi Gigaba has the power to ban the anti-gay American Pastor Steven Anderson from entering South Africa, in terms of the Immigration Act.

According to immigration attorney Gary Eisenberg, Anderson’s visa can be denied at the Minister’s discretion, and the controversial pastor can also be declared as an undesirable person by the Minister, which would prevent his entry into the country.

There has been an uproar over Anderson’s planned visit to South Africa this month. The pastor from the Faithful World Baptist Church in Phoenix, Arizona, faced condemnation for celebrating the killing of 49 people at Pulse, a gay night club in Orlando, in June.

“This man is not only a homophobe, but he is also a holocaust denier” – Gary Eisenberg, Immigration Attorney

Earlier this week, Minister Gigaba met with representatives of the LBGTIQ community who urged him to ban Anderson from entering the country.

The Minister said that South Africa would not tolerate foreign nationals who come to the country to spread homophobia and other forms of hate.