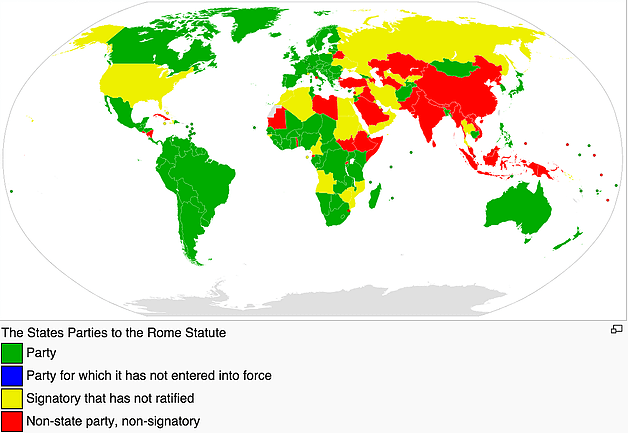 South Africa became a member of the International Criminal Court (“ICC”) (through its accession to the Rome Statute) in July 2002.  The ICC issued two arrest warrants for the President of Sudan, al-Bashir, and when he attended the African Union Summit in June 2015 in Johannesburg the Executive refused to arrest him as it was obliged to do in terms of South African law (as the Rome Statute had been incorporated into the law of South Africa by Parliament). South Africa argued that it was entitled to grant a visiting Head of State diplomatic immunity and that such immunity trumped its obligations which South Africa assumed to co-operate with the ICC and to enforce those arrest warrants. Not only did the President Jacob Zuma refuse to have al-Bashir arrested, but purposefully defied an interim Court Order handed down by the Pretoria High Court. Its contempt of both its obligations in terms of the Rome Statute as well as of the High Court Order attracted fierce criticism from ICC Member States as well as the international community at large. The international diplomatic disaster for South Africa has prodded the ANC to threaten withdrawal from the ICC rather than capitulate to the ICC’s demand that South Africa files of formal reply with it setting out its reasons for its decision not to arrest al-Bashir. South Africa’s withdrawal from the ICC will not constitute anything other than raw, imprudent retaliation against the international legal process. This may well lead to South Africa’s isolation, fallen from the moral high ground it once occupied since 1994. Membership to the ICC is itself evidence of commitment to the rule of law in international relations. And may have other consequences for South Africa within BRICS and other international fora.