South Africa’s skills shortage. ‘The Minister must act, she must do so swiftly,’ 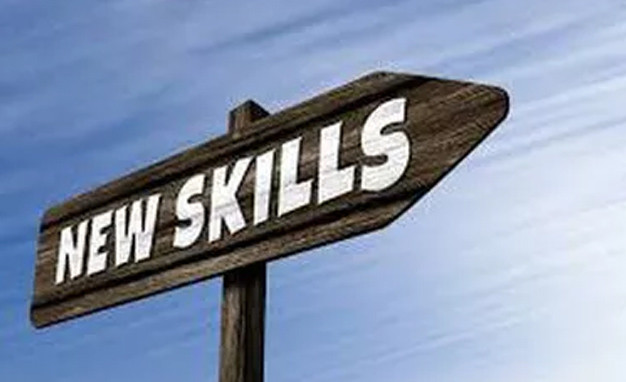 MONEYWEB: Gary Eisenberg joins us now. He is an immigration lawyer. Gary, you came out saying that the immigration system in our country is on the verge of collapse. It’s quite a significant statement.

GARY EISENBERG: It is. It has tremendous national and international implications. And I said that to prod the Minister into doing more while her Immigration Amendment Bill is before parliament. Before it’s promulgated into law, she has a lot to do while the opportunity exists and presents itself. All my criticism is productive – it’s for good cause. The Minister must act, she must do so swiftly by calling in the experts to assist the new director-general with a new vision of what Home Affairs should offer, especially with 2010 around the corner.

MONEYWEB: Gary, you mentioned particularly the likes of the embassies around the world, and the poor face that we’re displaying to the world for people coming into the country. How can we deal with this sort of thing?

GARY EISENBERG: It’s a question of human resource capacity. When apartheid ended, many individuals in the Department of Home Affairs, as in other departments in government, took their early retirement packages and left. The bleeding has continued. Those are skills which developed over many, many years. The Minister  and the various directors-general, eight of them since 1994, have not been able to attract good skills back into the Department of Home Affairs. It’s really a question of lack of training, a lack of human resource management, a lack of strategic thinking, a lack of capacity within the department, that the Minister and the directors-general have never been able to repair.

MONEYWEB: And how bad is the skills shortage generally? Are we still seeing the massive amounts of people coming out of the country?

GARY EISENBERG: There’s still a brain drain going on. The brain drain happens as a constant flow; we can never be sure of the exact numbers because formal emigration is something that doesn’t tell the proper story. But the Minister herself published quotas in February 2006 for the first time, giving thousands and thousands of work permits to foreigners with specific skills. And that I suppose would reflect the skills shortages in the country – the skills deficits that foreigners are invited to fill. The only problem is that she didn’t understand that her own regulations would be impossible to comply with.

MONEYWEB: How is that possible, though?

GARY EISENBERG: Well, for example, the quota work permit that I’ve just alluded to, with these thousands of permit quotas per year given to specific skills – it’s not possible to comply with the regulations currently in force.

MONEYWEB: Is there any way to put a figure on what it’s costing the country, this sort of ineptitude?

GARY EISENBERG: I suppose putting a cost on the problem is a question for the economic analysts to do. It’s purely anecdotal, and I don’t have the fixed figures. I think every industry, the engineering in particular, especially as 2010 is around the corner – those guys have obviously done their homework and are trying to adopt the Dubai model of getting skills in, fast and furious. I think the true costs will only be able to be counted after 2010, when the damage is done.

MONEYWEB: We were chatting to the CEO of Steffanuti & Bressan construction company, looking through their prospectus. They were saying between 3 000 and 6 000 engineers, artisans and technicians are needed between now and 2010. Is that sort of figure possible? Can we get those skills?

GARY EISENBERG: Absolutely. And if you look at the actual quotas that the Minister’s prescribed in the Government Gazette, those numbers are very realistic, and that number of work permits has been allocated to foreigners fitting the bill in all the engineering sectors. But, as I say, the Minister didn’t realise that the South African Qualifications Authority simply doesn’t issue the necessary certificates for those foreigners to apply for those work permits, making it impossible to use our system for that purpose.

MONEYWEB: How can we fix the situation?

MONEYWEB: Why was it disbanded?

GARY EISENBERG: Very good question. The board came into operation for the first time in April 2003 with Minister Buthelezi, and the whole idea behind the board was to have a representative from every government department sitting around the table with private enterprise, with organised business, with the security services to formulate in tandem a workable immigration strategy for this country. The Minister, for some or other reason unbeknownst to ourselves – we still don’t know the reason – has never called a meeting since she came into office in April 2004. The chairman, Professor Wilmot James, a wonderful academic, a sociologist by training, a tremendous personality, simply gave up and resigned. The Minister did not respond to him in any way. And those reasons may well come to light if the Minister’s ever asked that question in parliament.

MONEYWEB: And Gary, just to close off with, clearly there are issues that need to be dealt with. What sort of timelines are we looking for? Is there any light at the end of the tunnel?

GARY EISENBERG: There is a light, it’s a strong light, in the body of Mavuso Msimang, the new director-general. Again, a tremendous personality, a turnaround artist looking at his career. He’s got impeccable credentials. I’ve met him, I’m terribly impressed with him. If only the Minister will provide him with an opportunity of turning the department around. I have no doubt about it – that if everybody works together and the Immigration Advisory Board is reinvigorated, within a year we could be looking at a brand new immigration service which is tip-top in terms of quality on a global scale.

MONEYWEB: Gary Eisenberg is an immigration lawyer with Eisenberg & Associates. Wayne, something that we need to address?

WAYNE MCCURRIE: It certainly is, and unfortunately these things take a sustained period to turn around. But I must just say one thing which might sound a little contrary to the previous view – somehow the economy seems to cope. Somehow, even during a period of skills shortages, we’ve had the strongest economic growth we’ve had in 50 years or 40 years or whatever it is, and we’ve had most houses being built. Somehow the private capitalistic system seems to cope; they seem to find the skills somewhere, or people work harder, or I don’t know. And the reason why I’m saying this is that quite often you hear of stories that are very, very negative, and doom and gloom. It just never happens. Somehow things adapt and move, and you seem to survive.

> Listen to the interview