Citizenship is a right, not a concession 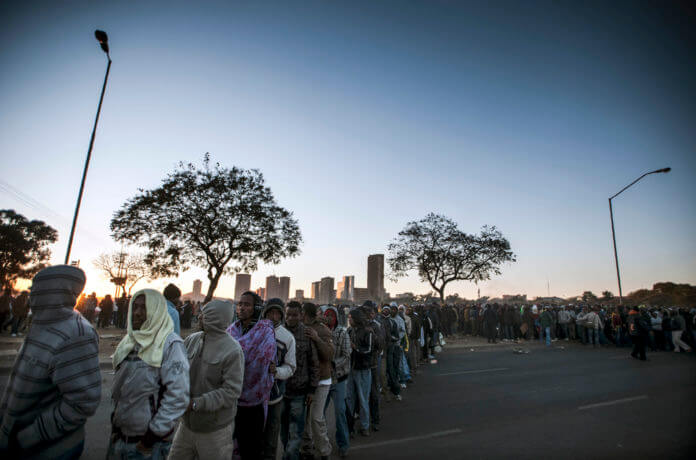 The removal of citizenship, and permanent residence, from South Africa’s statute books is the holy grail of a political conspiracy hatched somewhere in the deep state of the department of home affairs. Its cabal hides behind the façade of the 2017 white paper on international migration, which it authored.

The 2017 white paper contains the foundational architecture of a radical ideological transformation of the democratic state as we know it into a tribal fiefdom where constitutional norms and entrenched legislative processes, and legal practitioners, are nothing more than hindrances to the achievement of its objectives.

The white paper argues that South Africa’s existing approach to the granting of residency and naturalisation is mechanical and compliance-based rather than achieving strategic national goals, and concludes that there exists a “misconception” that immigrants have a constitutional right to progress towards permanent residency or citizenship status (naturalisation).

Its thesis is based on the pretext that South Africa’s immigration and citizenship legislation fails to protect South Africa from the risks introduced by the entry by fugitives from justice who are associated with organised crime. The only way to protect our society from these security threats is through policy and strategic “interventions” de-linking residency and citizenship, preventing the “automatic progression from residency to citizenship in law and practice”.

Therefore, the permanent residence permit will be replaced with a long-term temporary residence visa to “dispel a misconception that immigrants have a constitutional right to progress towards citizenship status on the basis of a number of years spent in the country”. The repeated use of the term misconception is used to lead us to believe that a foreigner’s legislative right to citizenship is not true or beggars some distorted belief. This is its Socratic golden lie, a classic distortion, which underscores its danger.

There is absolutely no misconception that the acquisition of citizenship in South Africa is a matter of compliance with provisions of our legislation, as is the case in most constitutional democracies the world over, including the United Kingdom, Canada, Australia, the United States, most of the European Union and the Asian countries.
Let us call the new approach contained in the 2017 white paper the “Zuma doctrine” of immigration and citizenship policy, which is aimed at replacing the existing constitutional order with an alternative regime of governance.

Section 3(3) of the constitution requires national legislation that provides for the acquisition, loss, and restoration of citizenship. The Citizenship Act has evolved to provide for the granting of citizenship without discrimination as to race, gender, or ethnicity, based on birth, descent, and naturalisation. The Zuma doctrine seeks to overturn this constitutional system of citizenship and replace it with a legislative apparatus based on a totalitarian concept of state security.

Home affairs management, including its deputy director general, Jackson McKay, and inspectorate chief director Modiri Matthews (brother of foreign affairs minister Naledi Pandor) should be called to account for the Zuma doctrine, which originated when home affairs was an active participant in the state capture project and when its current leadership were fully fledged senior members of its management complex.

Last year saw two pivotal judgments emerging from both the constitutional and supreme court of appeal (SCA), shining an unwelcome light on the manifestation of the Zuma doctrine in the lives of foreigners who attempted to acquire citizenship in terms of the Citizenship Act.

The first case arose from the refusal of home affairs in 2013 to register the foreign births of a group of people in terms of section 2 of the Act, rendering them stateless. The refusal was based on the state’s choice of the least constitutionally compliant interpretation of such provision that denied them citizenship.

In its judgment, Chisuse & Others v DG, Home Affairs & Another, delivered on 22 July 2020, the Constitutional Court upheld the rights of the applicants and awarded costs against home affairs.

An exasperated court noted that citizenship does not depend on a discretionary decision; rather it constitutes a question of law. Once the requisite conditions to acquire citizenship are met, home affairs is obliged to recognise this citizenship and proceed with the necessary administrative procedures without any further deliberation.

By vindicating the applicants, the court declared:

“Citizenship and equality of citizenship is therefore a matter of considerable importance in South Africa, particularly bearing in mind the abhorrent history of citizenship deprivation suffered by many in South Africa over the last hundred and more years. Citizenship is not just a legal status. It goes to the core of a person’s identity, their sense of belonging in a community and, where xenophobia is a lived reality, to their security of person.”

On 25 November 2020, in Minister of Home Affairs & Others v Jose & Another, the SCA scathingly dismissed an appeal brought by home affairs against the Pretoria high court’s order directing the minister to grant citizenship to the Jose brothers, born in South Africa and who reached the age of majority, in terms of section 4(3) of the Citizenship Act. The minister led the charge claiming that the high court was not competent to order him to grant, as opposed to consider, the Jose brothers’ applications for citizenship and on this basis appealed the high court’s order to the SCA.

The minister contended that the applicants never actually applied for citizenship in the first place because they failed to make use of the proper application forms and for this reason the high court should have remitted the applications back to him for consideration. The SCA noted that it had in 2018 ordered the minister to prescribe those forms, but the minister had failed to do so.

The court excoriated the minister for basing his appeal on his own failure to comply with its previous order, and angrily dismissed the appeal with punitive costs against him.

The Zuma doctrine has firmly taken hold of South Africa’s immigration and citizenship system, thwarting it, purposefully frustrating its practical implementation even if this has meant acting in brazen contempt of orders of our highest courts with significant financial implications for our state coffers because of cost orders imposed on home affairs for its insolence and high-handedness. The minister’s attitude, guided by the Zuma doctrine, has never been supine. On the contrary, the minister and the home affairs cabal behind the 2017 white paper have purposefully hijacked South Africa’s immigration and citizenship legislation, attempting to paralyse it.

The very notion of South Africa’s inclusive constitutional democracy is in grave danger of being subverted into a re-conceptualised nation based on border and state security. South Africa’s national state of disaster is facilitating this transformation on our president’s watch. Perhaps this realisation prompted the SCA in Jose to issue a resounding warning for South Africa, paraphrasing Hannah Arendt’s The Origins of Totalitarianism:

“‘Citizenship is more fundamental than civil rights’. For Arendt, the issue was not simply a question of statelessness, but of common humanity, and the responsibility we have to one another as human beings who share the world in common. As long as we live in a world that is territorially organised into national states, a stateless person ‘is not simply expelled from one country’ they are ‘expelled from humanity’.”

The 2019 home affairs white paper, while recognising that South Africa is a new state with a history rooted in the denial of citizenship and identity, persists with the view that this history contributes to the current narrow mandate of home affairs to be primarily a producer of enabling documents.

This restatement smacks of a palpable dissatisfaction with the legislative powers and discretion accorded to home affairs by our existing refugee, immigration, and citizenship legislation.

The Zuma doctrine demands nothing less than total power to control national sovereignty at the expense of law and its compliance by foreigners who stand to be granted ordinary rights of permanent residence and citizenship and the benefits of dignity and security and active political participation in our society which our constitution promises them.

It is clear for all to see that the Zuma doctrine prevails with the full support of the Ramaphosa cabinet. Let us uproot the Zuma doctrine and its authors before the transformation of our country into a totalitarian state takes place, where the granting of citizenship, and permanent residence status, will no longer be granted on the basis of legislative compliance but, if at all, at the whim of a security apparatus. We have everything to lose if we don’t.