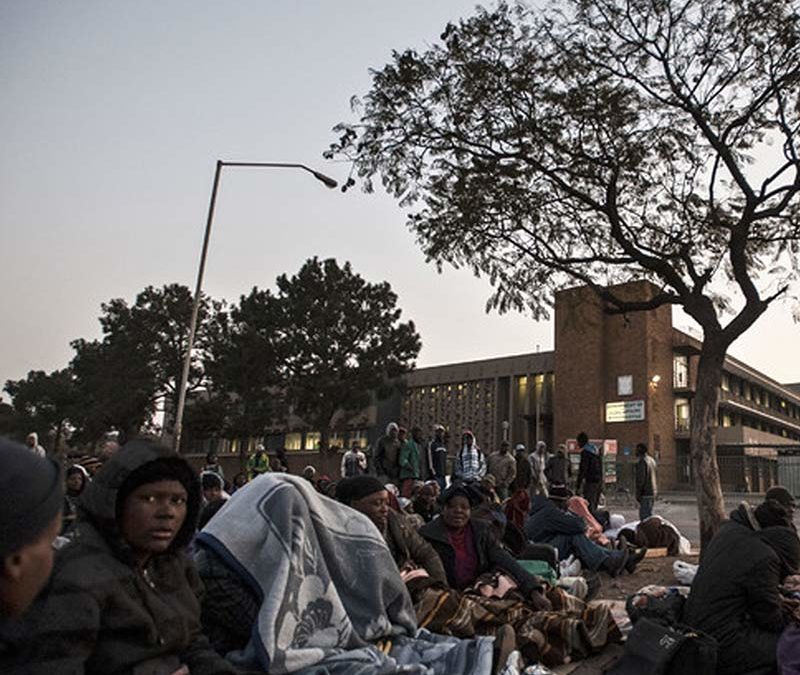 In the scheme of South Africa’s immigration legislation, the minister of home affairs has specific roles to play as a deci­sion-maker. While his delegates in home affairs fulfil his functions, he can never divest himself of his legislative powers.

But, perhaps most importantly, the minister has the express authority to exempt foreigners from the rights of residence for indefinite or limited periods of time, when special circum­stances exist that would justify such a decision. Section 31(2)(b) of South Africa’s Immigration Act accords the minister this power.

The objectives of South Africa’s immigration system are clearly set out in the Immigration Act’s pream­ble. Among these is the condition that “immigration control is per­formed within the highest applicable standards of human rights protec­tion”, and that a human rights-based culture of enforcement is promoted.

The Roman poet Horace once exclaimed — rather more poetically — that people tended to take their troubles wherever they went. South Africa is no less a receptacle of trou­bled foreigners than anywhere else.

But this country does have a consti­tutional obligation to meet the needs of people, whoever they are. Our immigration enforcement authori­ties are obliged to deal with which­ever problems foreigners in South Africa face, in a manner that meets “the highest applicable standards of human rights protection”, to quote the Act.

The minister has miserably failed to exercise his power in the granting of residence exemptions, leaving con­stitutional imperatives to hang like rotten fruit on a tree.

In one such case in 2018, a German was confronted with an abandoned infant on her doorstep, and under­took to foster the child. She visited the children’s court and was given a limited timeframe in which to obtain permanent residence to become a legal foster parent. The ministerial office neglected to respond to her application for a permanent resi­dence exemption, despite it being a matter of paramount urgency. The applicant had to resort to obtaining a court order. Without having gone to the Western Cape high court, the special circumstances surround­ing this woman’s application would never have been acknowledged.

Since Malusi Gigaba took office on May 26 2014 (the day the last legislative amendments came into force) applications for ministerial exemptions — even under the most dramatic of circumstances where the welfare of children, the elderly, and the sick have been at stake — have seen the minister fail to act.

Gigaba has since been replaced by Siyabonga Cwele.

In another case, an epileptic South African woman fell and experienced a brain injury. She spent weeks in a coma in hospital and a Zimbabwean woman was employed to nurse her. After her discharge, the nurse’s employment continued. She lived and slept in the woman’s bedroom for several years, attending to her every need.

Work visas were obtained for the nurse until the new immigration rules came into force, making it near impossible for her to get legal permission to continue working. A department of labour certifica­tion waiver was denied because the department — on behalf of the min­ister — did not see that the welfare of this woman mattered.

Exactly two years ago, an appli­cation for a permanent residence exemption was made to the minister. There has been no acknowledgment of the application. It has been met with silence.

Section 31(2)(b) of South Africa’s Immigration Act is a lifesaver, pre­cisely because the parliamentary framers of that section were alive to the frailties of the human condition. The Act requires human problems to be dealt with empathetically, effectively and speedily, within the constructs of our constitutional Bill of Rights and the preamble of the Act.

Every immigration system that operates within a constitutional order must retain sufficient flexibil­ity to respond to the needs of people. This principle is enshrined in section 195(1) of South Africa’s Constitution.

Instead, the minister has run away. Permanent residence exemption applications are dealt with by depart­mental functionaries, who do not understand the constitutional demo­cratic order in which such applica­tions are made. Applications linger for years and die from pure delay.

The minister’s abdication is a death knell for any living system of immigration control. The ministerial office, it appears, has been vacated.

This article was originally published in the Mail & Guardian on 3 May 2019.