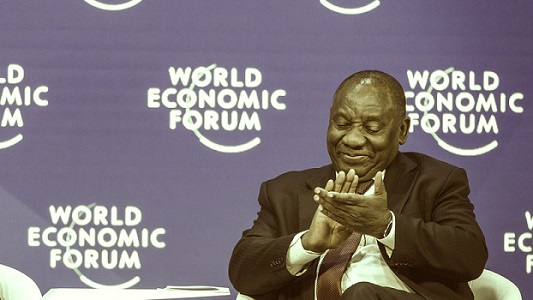 At the 2018 World Economic Forum in Davos, President Cyril Ramaphosa announced that South Africa was open for business.

For those who are cognisant of the truth, South Africa has become an armoured fortress with its drawbridges decidedly raised.

Responsibility for regulating the entry of foreigners into South Africa belongs to the department of home affairs.

Not only was the department a target of state capture during the Zuma era, the cabal of the department’s leadership also remains firmly in place, steadily tightening immigration control against even the most qualified of people.

Retirees who have traditionally spent billions of rands in foreign currency are routinely barred if they do not receive pensions, or are not of retirement age. Critically skilled, degreed foreigners are excluded from general management positions without any justifiable grounds. Their applications are rejected again and again, under the same cookie-cutter pretexts.

Meanwhile, business visa applications for entrepreneurs are sunk in hyper-bureaucracy and corruption on an industrial scale that continues to prevail with total impunity.

There are probably more fabricated visas in circulation than visas acquired lawfully, because to acquire a visa lawfully takes persistence, inconvenience, tireless patience and perhaps an administrative appeal or two. Most healthy-minded foreigners would rather pay a fee for a fabricated sticker in a passport than go through the emotional strain of acquiring the simplest visa through legal channels.

As a consequence of this administrative collapse — and, if not collapse, then entrenched xenophobia — foreigners have never before litigated against the department in such numbers for the smallest benefit. Even then, the department does not comply with court orders. The state attorney’s office has been transformed into a Kafkaesque bulldog that defends even the most indefensible claims of the department, at any cost. Ultimately, the taxpayer carries the burden of the state’s bureaucratic malfeasance.

This has been the reality since Jacob Zuma succeeded in repositioning the locus of power in the executive authority — including the public administration — divesting both the legislature and the judiciary of their pre-eminence.

Noncompliance with court orders is now the norm, not the exception. So the rule of law is on the back burner and government officials enjoy unbridled power.

During the Nelson Mandela and Thabo Mbeki years, judicial review was always a last resort. Government was responsive and amenable to compromise, and safeguarded valuable cases for judicial resolution. When Zuma was president he succeeded in defrocking the judiciary to protect himself and his system of patronage from the slightest challenge.

It was Zuma’s Cabinet, too, that adopted the white paper on international migration for South Africa, published in July 2017. A careful reading of the document reveals that its foundations are too weak to support a reformulation of immigration policy for South Africa, a view that I conveyed in the Mail & Guardian in November last year.

The white paper contains atrocious falsities and has no foundations in empirical data. Ramaphosa’s Cabinet should keep it in abeyance until such time as policymakers have conducted the necessary research and analysis, and are able to arrive at their conclusions in a rational manner.

A sensible approach would be for Ramaphosa to establish a committee of immigration advisers as a parallel think tank to the department of home affairs’ leaders. The latter grouping has never succeeded in running an efficient immigration system, or in formulating an immigration policy based on empirical evidence, in the best interests of this country and its economy. The white paper is founded on this very observation.

A November 2018 World Bank study does, however, provide evidence of the economic benefits of in-migration.

The report shows that immigrants had a positive effect on jobs and wages in South Africa between 1996 and 2011, and highlights their tendency to increase opportunities for locals and contribute to economic growth.

Everything from Somalian kiosks on street corners and Bangladeshi spaza shops in townships to small and mid-sized Swiss engineering companies, Italian restaurants, Turkish marble importers and multinational corporations is an economic stimulator. Each of these types of entities use and pay for infrastructure, employ South Africans, pay tax, purchase goods and services from South African suppliers, and even introduce large amounts of foreign currency that benefit our low foreign reserves.

The World Bank study underlines the importance of political will for furthering policies based on empirical evidence, not entrenched political and  financial interests.

Without proper analysis, positive socioeconomic outcomes are beyond the reach of locals and foreigners alike.

Any attempts at building an intelligent immigration system for this country tend to be hijacked by national security concerns. It does not help that the current minister of home affairs, Siyabonga Cwele, was Zuma’s first state security minister.

State security and the securitisation of our borders is only one dimension of an effective immigration system.

The building of an economically beneficial immigration policy depends on its decoupling from national security.

Similarly, while the rule of law remains so deeply imperilled in terms of the processing and adjudication of immigration and citizenship applications, South Africa cannot be considered “open for business”.

Gary Eisenberg advised on former home affairs minister Mangosuthu Buthelezi’s final Cabinet draft of the Immigration Act in 2003, which formed the foundation of South Africa’s current immigration system. He is the founding attorney at Eisenberg & Associates

Gary Eisenberg is the founding attorney at Eisenberg & Associates. Don’t hesitate to contact us.

This article was originally published in the Mail & Guardian on 22 March 2019.