Is it time for a blanket amnesty for illegal foreigners living in South Africa? 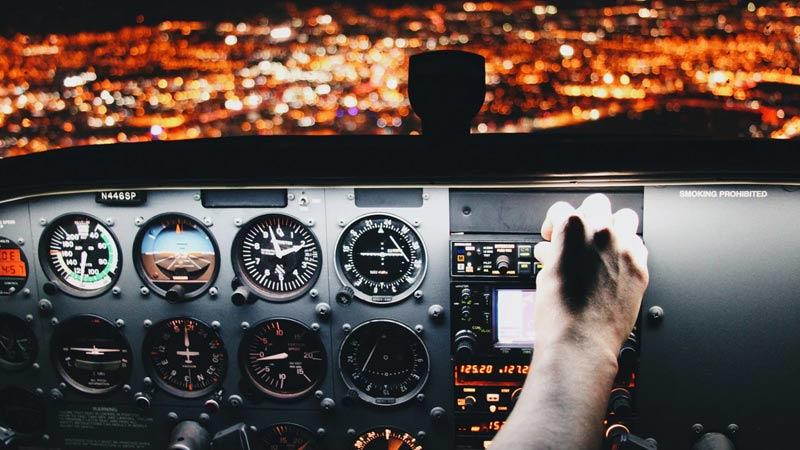 The South African government ought to reallocate the funds it uses for orchestrating deportations and running overcrowded jails to the empirical research necessary to understand the collective value of foreigners, including illegal foreigners, to the South African economy.

The manner in which the recent raids and arrests of foreigners in Johannesburg took place smacks of bureaucratic toxicity. Those arrests in early August constituted an unwise onslaught in a fragile and tense climate of socio-economic suspicion and recrimination. Their bald brutality reflected a South Africa sans its constitutional promise of fair administrative justice, begging more questions about who we are as a nation than dousing the flames of illegal immigration.

South Africa is not alone in having high numbers of illegal foreigners. The United States, with its 327 million inhabitants, was estimated to have 11.3-million undocumented immigrants in the country in 2016. Germany, the world’s second most popular migration destination (after the United States) was home to approximately 370,000 illegal immigrants in 2016, out of a population of 83 million. In the same year, there were just under one million unauthorised foreigners living in the European Union’s 28 member states. Every country carries its cross of illegal immigration.

The latest United Nations estimates put South Africa’s population at 58 million. The number of foreigners living illegally in this country may be as high as 10% to 15% of the population. But the very notion of illegal foreigners not only concerns people who are without visas or permits issued in terms of our immigration legislation. The issue is complicated, as there are several different categories of illegality. Some are in possession of fraudulently obtained or fabricated visas, permits or identity documents. Others have legitimate visas but have contravened their terms, such as people who are in possession of work visas permitting them to work for a particular company, but who are employed by another. Another group consists of people who have entered South Africa lawfully — in possession of valid visas — but whose visas have lapsed and not been renewed.

Then there are foreigners that have entered South Africa unlawfully, not via regulated ports of entry. There is yet another category: those that arrive through official ports of entry illegally, particularly at Beit Bridge, where bribes are paid to facilitate the continuous entry and exit of people as “legal ghosts”. At other border posts, including airports and harbours, this illicit flow might be facilitated, instead, by criminal syndicates.

In the early 1990s, before the first democratic elections, a vast number of foreigners entered the country masquerading as locally born, but unregistered children of South African parents — particularly people from countries such as Tanzania, Kenya and Botswana, who could pass as “Bantu-appearing” — and had their births registered fraudulently by Department of Home Affairs officials who were either unsuspecting or did so corruptly. This category of illegal foreigner — many of whom have been residing in South Africa for the last 25 years with South African families, South African properties, assuming important positions (sometimes with assumed names) and running their own businesses as ordinary South African citizens — constitutes a class of impostors that is impossible to undermine. South Africa’s population register is polluted and probably always will be.

There exists, then, a matrix of different circumstances in which foreigners reside in this country illegally on different grounds. Regardless, the number of undocumented or otherwise illegal foreigners is far too high for South Africa to address. Our government does not possess the bureaucratic means to deal with this pool of illegal foreigners in a systematic, constitutionally compliant, and efficient manner.

Remedial measures contained in our immigration legislation simply do not function efficiently. Immigration officials tasked with the operation of such systems are too corrupted, overwhelmed, and under-educated to manoeuvre our immigration legislation levers properly. Illegal foreigners who come forward voluntarily to regularise themselves — even those with minor children or spouses who are South African citizens — find it tantamount to impossible to do so in any manner which can be described as reasonable and fair. Applications for regularisation (the so-called Form 20 applications) take far too long and are dealt with by different immigration inspectorates around the country in ways that are inconsistent with our law. Refusals to grant such authorisation to illegal foreigners to remain here in order to acquire new visas suffer death by administrative delay. In many cases, endeavours by foreigners to purge their illegal status are nullified by governmental inertia.

This has gone on for long enough. Now is the time to implement a national amnesty for illegal foreigners. This is the only plausible solution to a challenge of this scale, and South Africa’s fiscus stands to benefit immensely from such an approach. Consider that South Africa has spent close to R1-billion in the last five years on deporting undocumented migrants from the Lindela Repatriation Centre in Krugersdorp alone. Minister of Home Affairs, Aaron Motsoaledi, recently revealed that this expenditure excludes the numerous daily deportations that take place when foreign nationals are intercepted within close reach of one of our borders, handled instead by 800 border inspectors. In this same five-year period, approximately 2,500 buses were hired to transport undocumented migrants back to their home countries, according to the Minister, who admitted that “no matter how hard the inspectors work on deportation, the deportees often return immediately”.

How much does it cost the government to operate the Lindela Repatriation Centre, not to mention the cost of enforcement and incarceration? While we shoulder these enormous costs, there exist many hundreds of thousands — and perhaps as many as millions — of illegal foreigners who make a valuable contribution to the South African fiscus by the sweat of their brows, their skills, their entrepreneurship, employment of South Africans, and the support they provide to South African children and spouses. These benefits cannot be ignored simply because an individual is not in possession of a formal document issued by the Department of Home Affairs that allows them to physically sojourn and to work in this country. This is a country of law, like any other, but it is also a country of law enforcement failure. The failure is the root cause of illegal migration.

The South African government ought to reallocate the funds it uses for orchestrating deportations and running overcrowded jails to the empirical research necessary to understand the collective value of foreigners, including illegal foreigners, to the South African economy. Funds should be allocated, too, towards properly understanding the human rights framework provided by our Constitution for dealing administratively with all people, including illegal foreigners. Budgets must be reallocated to the development of a system for documenting illegal foreigners — including capturing biometric data, thereby assisting with crime prevention — and building a database of South Africa’s inhabitants, regardless of whether they are illegal or legal. This would forensically assist the apprehension of criminals, while also providing information to enable us to understand who lives in our country.

The only possible way to avoid the xenophobic treatment of foreigners — which arises, quite simply, from a lack of knowledge — is to understand who these foreigners are and exactly what they are doing within the borders of this country.

The very same scheme that has successfully legalised nationals from Lesotho, Zimbabwe, and Angola should be expanded into a far-wider reaching programme. South Africa has benefited enormously from documenting nationals from these three countries, not least from the formalisation of tax collection among these groups. Just as amnesty programmes regularised the stays of Basothos, Zimbabweans and Angolans, adding them to the population register in the process, so a similar scheme could be rolled out systematically for all unauthorised foreign nationals within an agreed period of time.

Inconsistent applications of our law and selective enforcement are not the answer. While law enforcement officials are well aware of the depth of unlawfulness within our communities, they turn a blind eye most of the time, and selective enforcement invariably falls flat on its face. There have been murmurs from the Department of Home Affairs about the need to “strengthen legislation in order to stem the easy flow and settlement of undocumented migrants”. For any legislative mechanism to operate effectively, it must be operated and applied by a bureaucracy that itself has the requisite skills and knowledge and motivation to do so efficiently and lawfully. Without this, such mechanisms stall.

If the custodians and administrators of such legislation are corrupt, ignorant and ineffectual, legislation is a toothless chicken. One could acquire the most advanced aeroplane that technology can devise, but without a pilot who knows how to fly the plane, it is a Sisyphean mission, doomed to fail. South Africa’s immigration control and enforcement is an abysmal failure. As Minster Motsoaledi himself recently wrote, “without a concerted effort to improve governance, this problem will never go away”.

Let us not talk about legislative aeroplanes; let us talk about pilots. The time for a national amnesty for illegal foreigners is now.

Originally published on the Daily Maverick on 28 August 2019.