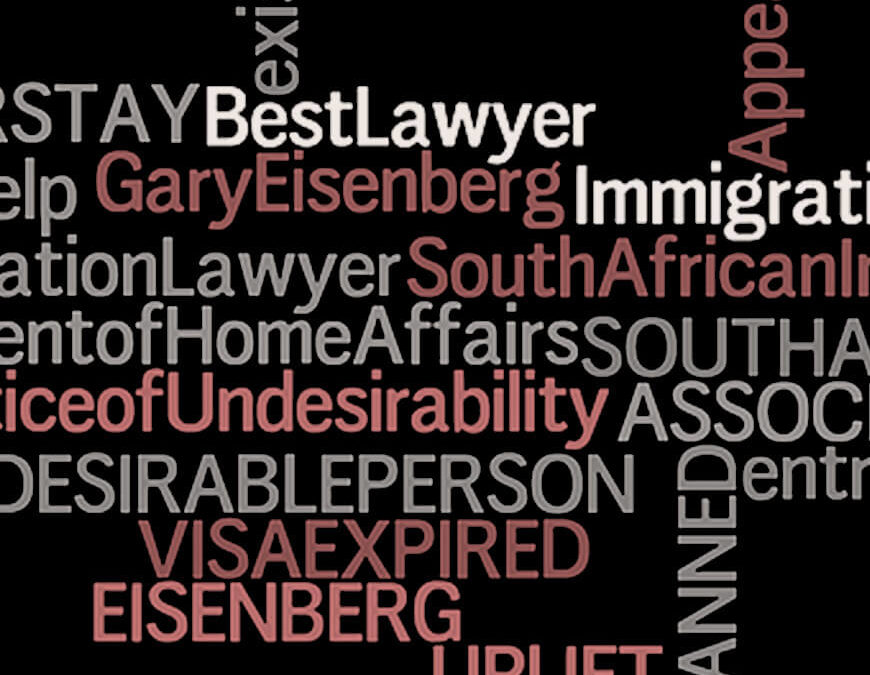 Many foreigners only become aware of the severe consequences of having overstayed the validity of their visas upon departing South Africa when they are declared undesirable persons in terms of the Immigration Act.

This Declaration is almost an automatic response to “overstayers” administered by Immigration Control at South African Ports of Entry.

Notwithstanding the duration of the ban, re-entry to South Africa will necessitate the removal of the visa restrictions of the foreigner and this is triggered by a formal application to have the grounds of undesirability waived.

Once a foreigner has been declared undesirable there is no “short-cut” or alternative route to the administrative appeal process, notwithstanding any extenuating circumstances which might have given rise to the overstay in the first place.

In terms of section 30(1)(h) of the Immigration Act, a foreigner who is declared undesirable does “not qualify for a port of entry visa, visa, admission into the Republic or a permanent residence permit”.

Careful drafting of appeals is only one of the steps which this process entails.