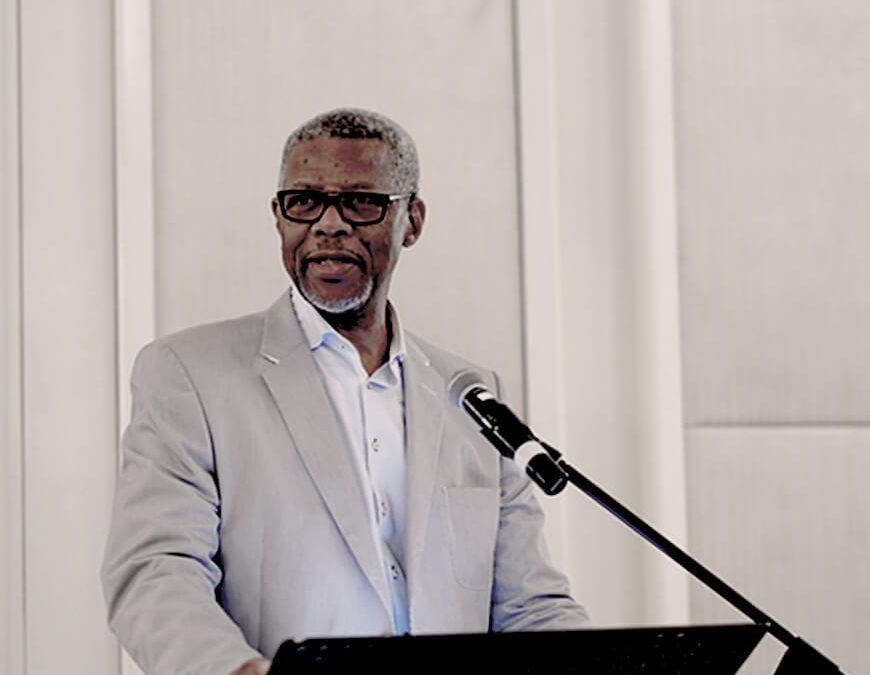 Extract of the keynote address by Mavuso Msimang, former Director-General of the Department of Home Affairs, delivered on the 20th Anniversary of Eisenberg & Associates (as published by City Press).

We must recognise that the human species was created to travel – and travel the length and breadth of this universe humans do.

They have used land, the oceans and the skies above to travel far and wide; to discover new climes and, most unfortunately, in all too many instances, to conquer other beings across the world.

We live on land that is but a fraction in size of the oceans that engulf it.

Topography and other factors slow down travel.

So, our affinity with the sea goes back to time immemorial when humans discovered that wood floats in the water, and started building boats and then ships.

Christopher Columbus, Vasco da Gama, the guys who surprised us here in 1652, whoever transported English convicts to Australia, name them, they all used the oceans to attain their destinations on the ever-receding horizons.

The skies only come into the picture at the beginning of past century.

Whoever has legitimate claim to the honour of flying the first aircraft, the Wright brothers or Gustav Weisskopf, would be exhilarated to know that their pioneering effort led to more than 8 million people flying every day by 2013; and that the more than 3.4 billion people who flew in 2014 represent 44% of the world’s population.

Our proposition is that a defining characteristic of modern society is its perpetual mobility, travelling across national borders for varying lengths of time.

The rise of immigrants

This globetrotting laissez-faire is subjected to differing levels of control defined by treaties among nations.

We live in nation states and it is through international travel that harmful drugs and other contraband are smuggled into countries; human trafficking and trade in endangered plant and animal species too.

It is therefore fitting and proper that the authorities should want to install border control posts.

What is totally unacceptable is that international travellers should be subjected to maltreatment and extortion by corrupt or unprofessional officials on our border posts.

Numerous studies show that highly skilled and entrepreneurial migrants have a positive impact on the economies of their adoptive countries.

Indeed, some of the most successful countries boast large immigrant populations.

Recently, somebody found it necessary to inform US President Donald Trump that Steve Jobs’ father was an immigrant from Syria.

Other immigrants were Albert Einstein and Trevor Noah, to mention but a few among hundreds of thousands of outstanding individuals with migrant backgrounds.

A disturbing trend has seen many countries – economically advanced and developing – implementing immigration laws, rules and regulations aimed at staunching the flow of immigrants.

Countries have become more selective in the type of migrant they welcome, mainly focusing on skilled workers.

Concerns about the impact of large immigrant populations on their welfare budgets, unemployment, cultural differentiation, national security, alleged increase in crime, are often cited as reasons for tightening up immigration laws.

In 2015, South Africa attracted over 2.5 million overseas travellers and 7.5 million from the continent. The latter come mainly for business, trade, shopping, educational and healthcare opportunities.

This is apart from undocumented immigrants who come in search of employment opportunities and business in the informal sector. South Africa has the opportunity to tap into the highly skilled and entrepreneurial migrant segment.

The importance of a well-articulated immigration policy and strategy cannot be overstated.

To achieve the goals of the National Development Plan (NDP) – a document much cited but little read, even by government officials – we need to overhaul the current disastrous education system as a matter of indescribable urgency.

It is heartening to learn of the plans by Home Affairs Minister Malusi Gigaba to upgrade the quality of immigration legislation.

If carefully consulted among stakeholders, it should go a long way towards advancing the objectives of the NDP.

Given South Africa’s phenomenal tourism assets, the sector has the potential to enormously increase its contribution to gross domestic product.

Good national leadership, now in distressingly short supply, will be a sine qua non for the realisation of the oft-repeated mantra of poverty alleviation, employment creation and the reduction of inequality.

Growing xenophobic violence is not assisted by the poor handling of these excesses by the leaders.

The vision of the ANC’s founders was imbued with Pan-Africanism. The ANC of 1912 spawned others in present-day Zimbabwe and Zambia.

Delegates from Lesotho, Swaziland and Botswana were present at the ANC’s founding. Nkosi Sikelel’ iAfrica became the anthems of independent Zambia, Zimbabwe and Tanzania.

The management of the economy and an enlightened, Afrophilic international relations strategy should be able to sustain this vision, even in the face of high levels of unemployment.

With all due respect to latter-day revolutionaries, the Madiba national reconciliation strategy in the face of a fragile transition was spot-on. That others did not reciprocate does not invalidate the strategy.

Former president Thabo Mbeki envisioned an African renaissance, in support of which he, inter alia, pioneered the creation of the New Partnership for Africa’s Development, supported peacekeeping in the Great Lakes region and helped preserve the Manuscripts of Timbuktu.

Unfortunately, the third post-1994 administration has ushered in an era of “smallanyana skeletons”.

Thanks to South Africa’s contribution to the evolution of the English language we now have in our vocabulary “smallanyana”, coined by “clever blacks”, an endearing term President Jacob Zuma reserves for young, upwardly mobile black people who don’t always agree with his political management agenda. Smallanyana is smaller than small.

Minister of social development and ANC Women’s League president – heaven knows, they are in a league of their own! – hitched smallanyana a notch higher when she told a stunned nation that each person serving on the ANC’s national executive committee had a “smallanyana skeleton in the cupboard”.

The jury, if not the Constitutional Court, is still out on whether the minister’s handling of the crooked SA Social Security Agency grant payments tender falls within the category of smallanyana skeletons.

Smallanyana could also refer to the appointment of Major General Mthandazo Ntlemeza as head of the Hawks, now set aside by the full Bench of the Pretoria High Court, which pronounced him as “lacking the requisite honesty, integrity and consciousness to occupy the national position as head of the Hawks”.

Let me conclude my directionless tedium by invoking the analogy of human migration to that of African plains game.

Even as they have a propensity to migrate, human beings lack the synchronised splendor and spectacle of the giant herds of wildebeests, zebras and gazelles that annually migrate through the Serengeti and Masai Mara ecosystems in east Africa in search of green pasture.

But our migrations, too, are as inevitable and predictable.

To attain their destination in the Mara, the wildebeests have to cross the Grumeti River, or “migration river”.

But always lying in wait at this crossing point, is a float of crocodiles ready to convert the nimble-footed migrants into a sumptuous dinner.

Don’t misunderstand me, please. I’m not talking about immigration officers at border control posts or at home affairs offices.

That task of assisting human migrants wade across their Grumeti is being courageously taken up by Eisenberg & Associates, who have over the past 20 years tactfully shepherded international travellers and helped them find their way through the plethora of rules (not crocodiles), regulations and laws that govern migration in South Africa and in other countries.