A Sordid State of Affairs 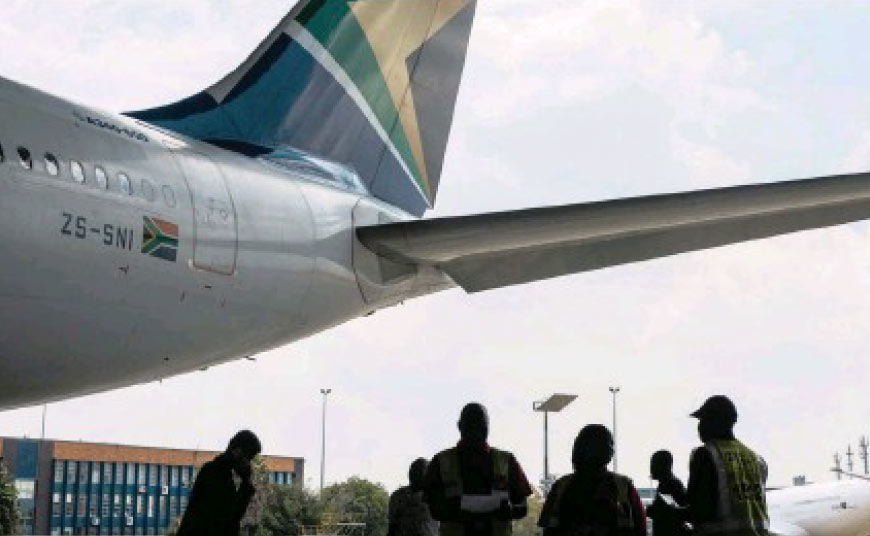 In December 2018, the Department of Home Affairs (DHA) took the decision to extend its contract with Visa Facilitation Services (VFS) for a further 24 months, effective 1 January 2019. The Home Affairs Parliamentary Committee criticized DHA for failing to follow its recommendations against extending  VFS’s contract and, during a 12 March 2019 meeting with DHA, called on Home Affairs Minister Siyabonga Cwele to review the contract. The Committee believes the DHA deliberately created a monopolised visa process.

In order to understand the role of foreign-owned VFS within South Africa’s immigration landscape, it is instructive to recall the reasons the company was first contracted to process visa and permit applications.

In May 2010, by decree of the then interim Minister of Home Affairs Nkosazana Dlamini-Zuma, all decisions on immigration applications submitted within South Africa were centralized at a securitised adjudication hub at DHA’s head office in Pretoria. Until then, all visa applications had been processed at DHA’s regional and district offices, from the submission of paperwork at front counters to the handing over of outcomes.

The decree was made out of sheer necessity. DHA had reached saturation point with corruptive practices, which had eaten away the integrity of the bureaucratic determination process at regional and district offices. Syndicates from Nigeria, Pakistan, and China were working directly out of some of these offices. DHA officials were routinely bribed with Kentucky Fried Chicken and Coca-Cola, influencing the outcome of countless temporary residence, work, and business visa applications.

Rather than fabricate permits, DHA officials simply issued visas that had not gone through compliant processes, until eventually the market was flooded with them. This years-old system of patronage involving DHA officials chewed away at adjudication systems, leaving South Africa’s population register adulterated and in tatters. DHA offices in locations such as Springs and Germiston were literally infested with rouge officials, and became unsalvageable.

Having previously served as Foreign Affairs Minister, Dlamini-Zuma was deeply sensitised to the scourge of corruption that had frittered away international confidence in South Africa’s national documents. These passports had been found in the possession of dead Al-Shabaab terrorists in Somalia, in shoes exported to the Cameroon, in the possession of Pakistani travellers and in other nefarious places across the globe.  This was illustrative of an alarming state of affairs that had spread internationally.

The British government in particular had exerted ongoing pressure on the South African government to have the issuance of passport documents securitised, and imposed strict visa requirements on South African passport holders on 1 July 2009.

The June 2010 FIFA World Cup was fast approaching, putting South Africa in the international spotlight. Dlamini-Zuma had to strike, and she did so with one fell swoop. All visa and permit applications would be adjudicated at DHA’s head office in Pretoria, removing opportunistic and improper decision-making at district and regional DHA offices.

Truckloads of permit applications began arriving at head office from DHA outlets scattered across South Africa. As a consequence, between 60% and 70% of applications submitted at DHA offices in South Africa from early 2010 until early 2011 disappeared without a trace.

Unprecedented litigation commenced in South Africa’s high courts in order to force DHA to locate and adjudicate applications that had been missing for many months. Thousands of foreigners were stranded without visas, creating chaos in the expatriate community, and for the corporate environment no less. Litigation demonstrated that the scourge of corruption within DHA could only be exorcised by sacrificing bureaucratic efficiency.

The delivery supply chain from DHA front counters to its head office had been obliterated. Applications submitted at a regional or district DHA office had a greater chance of being lost than being adjudicated. The malaise continued with no sign of remedy.

Meanwhile, VFS had been managing visa and permit application delivery in pilot schemes at South African Missions abroad, after entering into a contract with DHA on 27 October 2010. By December 2013, DHA’s near-paralysis forced it to contract VFS to handle applications made in South Africa too.

Without VFS, DHA would have collapsed under the sheer weight of its inability to manage its front counters, and the conveyance of applications to head office for adjudication. It sought a service provider out of necessity.

VFS, though not perfect, has saved DHA from internal combustion. But it has also created an unwarranted moat between members of the public and DHA management. It has become almost impossible for applicants in terms of the immigration act to communicate directly with DHA. The company has effectively become DHA’s fortress, impermeable to applicants seeking justice. There is no doubt that VFS has immeasurably improved the supply chain of applications from counter level to head office, but this has occurred in inverse proportion to the failing quality of DHA service provision to foreigners.

VFS charges a service fee of 1350 rand per application or appeal. This is an unlawful non-regulated fee that foreigners are obliged to pay, even in order to gain access to administrative justice. It certainly infringes on the public’s right to fair administrative justice and, for those with limited financial resources, it keeps justice beyond reach.

Yet DHA has confirmed that VFS’s fee was agreed between the two parties.  Then Home Affairs Minister Gigaba’s spokesperson Mayihlome Tshwete told media: “The company charges clients a management fee, and also what is due to the state. Money to the state is collected by the company electronically and paid to the national revenue account. What companies charge to clients has been agreed between the department and VFS.”

Chairman of the Home Affairs Parliamentary Committee, Hlomani Chauke, remarked during its 12 March 2019 meeting that the lack of a pricing policy had resulted in exorbitant pricing of visas. This, and the monopolisation of the visa processing service should be referred to the Zondo Commission into state capture, he said. The lack of capacity at the department to process visa applications is a matter of grave concern because it hampers South Africa’s efforts to grow the economy through tourism, he added. In a recent article, South African writer and scholar Jonny Steinberg posited that, since ceasing to function in 2010, Home Affairs “cynically fights to remain dysfunctional.”

The reality in which we find ourselves is that VFS has saved a failed department from implosion, and now it is reaping the financial rewards of State failure. In effect, the 1350 rand fee per application is the price that foreigners have to pay for a measure of government inefficiency!

Gary Eisenberg is the founding attorney at Eisenberg & Associates.