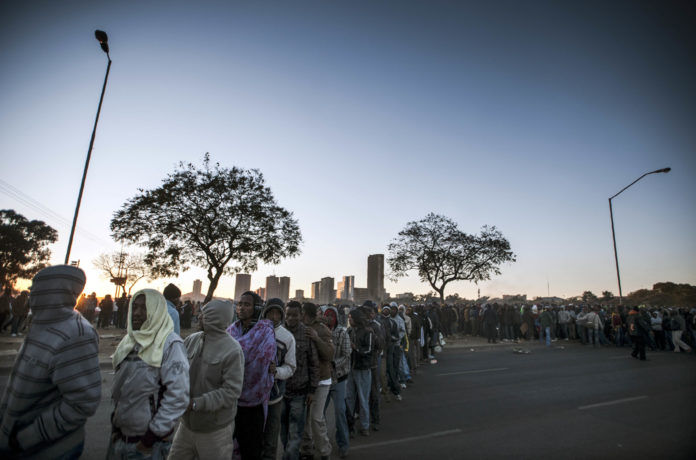 The department of home affairs has failed in its constitutional mandate. This is a statistical truth. From 2017 to 2018, the high court in Cape Town handed down 19 orders to clients of my law firm, directing the department to process delayed permanent residence applications. Senior officials were aware of those court orders, but they chose to comply with just two and wilfully ignored the others.

This same degree of noncompliance remains undiminished today. Officials who have failed in their collective duty to implement court orders continue in their roles with absolute impunity, impervious to the barrage of scathing criticism that judges heap on them.

These are the same officials who hold members of the public to impossibly high standards of legal compliance. It is precisely this imbalance that calls into question the custodial integrity of the department.

As Johan P Olsen of the Centre for European Studies puts it: “Bureaucracy has a role as the institutional custodians of democratic-constitutive principles and procedural rationality.”

The department is not only the custodian and enforcer of immense legislative powers. It is also the custodian of the details of South Africa’s population, and of every foreigner who crosses our borders. It holds the keys to the drawbridge that controls our borders with the outside world. It is the department that rocks the cradle of our children, marries us and, finally, buries us.

We have blindly surrendered to the department without even questioning its custodial integrity. Can one feasibly conceive that this custodian of vital biographical information — manifestly contemptuous of the rule of law — can guarantee that such data remains privileged and unpolluted, and free from abuse?

On January 15, Home Affairs Minister Aaron Motsoaledi issued an unusual statement welcoming the arrest of Sam Langa, a senior (perhaps the department’s most senior) immigration law enforcement official. Langa’s recent arrest on charges of corruption and extortion is the culmination of a career of improper conduct, well known to the department. The department deployed Langa to head up “investigations” that led to several false deportations and other incidents of victimisation, allowing him unthrottled reign to do as he pleased for more than a decade. His arrest took place during a sting operation on January 9 at OR Tambo International Airport, where he was accused of demanding more than R100 000 from a foreign businessman to ensure that he and his companions were not deported.

Langa’s story is precisely one of custodianship. For years his modus operandi was to pollute the department’s movement control system by adding the names of foreigners to its visa-restricted list, effectively banning them from entering South Africa — or “v-listing” them. He did so freely and at will, and with total contempt for the law.

Some 14 years ago, a high court judge in Pretoria ordered Langa and two other officials to personally cover the cost of the return airfare of three Chinese people who Langa had unlawfully deported “in breach and disobedience” of an earlier interim interdict not to do so. Langa’s patent contempt for due process was by then already firmly entrenched. His culpability in the unlawful deportation and v-listing of a Pakistani couple in 2012 was also established in a high court judgment in Gauteng, resulting in damages being paid to the couple and their children.

The department’s senior management has been aware of Langa’s machinations for many years, yet his reckless hand remained on the tiller, and his access to sensitive data in the department’s computer systems continued unabated, free of censure. His recent arrest is too little too late.

If an official is freely able to manipulate the data on its computer systems, on a rogue basis, perhaps we should pause to think deeply about the terms of our surrender.

The mere appearance of impropriety in our law is enough to constitute bias, and government decisions that smack of bias are unlawful. But the department does not apply ordinary standards of lawful compliance to itself. The AmaBhungane investigative journalism organisation’s GuptaLeaks has exposed a number of home affairs department officials as directly complicit in state capture.

Gideon Christians, first secretary of consular affairs in New Delhi — where most of the Gupta-related visas applications were received — had charges of corruption and fraud laid against him by the nonprofit organisation Undoing Tax Abuse (Outa) in 2017, along with former home affairs minister Malusi Gigaba, Rajesh Gupta and senior Gupta employee Ashu Chawla.

The investigation is “ongoing”, the Directorate for Priority Crime Investigation (the Hawks) tell Outa’s head of legal affairs, Stephanie Fick. But where is Christians today? He remains ensconced as first secretary of consular affairs at South Africa’s high commission in New Delhi.

Further email evidence shows that Chawla asked a second home affairs operative, Major Kobese — the co-ordinator of foreign consular missions at the department’s head office in Pretoria — to exercise leniency in processing visas for the benefit of Gupta businesses or family members. Kobese, also a part-time music producer, obliged. He remains in senior management at the department.

The ethical and legal principle of refusing to tolerate the appearance of impropriety in the public service has lost its footing in the ranks of the home affairs’ officialdom. The executive director of Corruption Watch, David Lewis, agrees. “People in the public sector should stand down while an investigation is being conducted. They should not remain at work while the outcome of a criminal or disciplinary procedure has not been determined.” It was Corruption Watch that, in 2016, launched Project Lokisa, a large-scale investigation exposing the depth of the department’s corruption and misfeasance in its management of asylum and refugee affairs.

In a recent Constitutional Court case relating to the Citizenship Act, then acting director general Thulani Mavuso revealed that the department is drowning in a deluge of more than 8 000 court cases, challenging every aspect of its existence. This is an index of a disgruntled public’s restiveness with the home affairs department.

South Africa sits with more than one million unprocessed asylum claims, the highest number of any country globally. We have known for far too long that its decision-making in temporary and permanent residence applications, affecting the lives of thousands of people, is crippled by xenophobia, ignorance and contempt for due process. The granting of citizenship is so fiercely contested by the department that an industry of litigation has arisen to enforce basic statutory rights in terms of the Citizenship Act.

The department has drawn such widespread scorn and disdain from the judiciary that it is fast approaching a tipping point in its ability to function within the lawful constructs of its statutory mandates. Its judicial victories — especially in important cases — are woefully few, its flouting of court rules too common and its inability to examine its own failings too deeply entrenched.